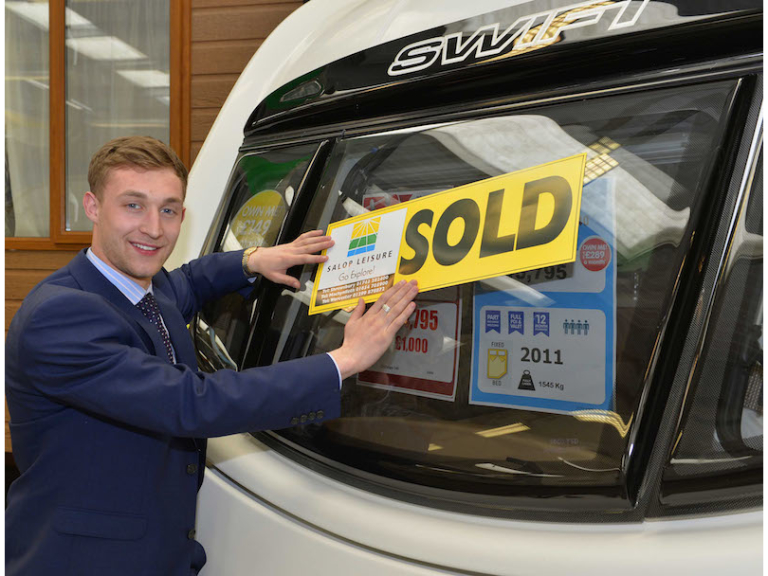 Ambitious sales executive Sam Picken, whose ambition to become an RAF pilot was thwarted by a serious arm injury, has made a flying start to his new job at award winning caravan and motorhome dealership Salop Leisure.

Sam, 19, sold his first touring caravan within two hours of joining the Shrewsbury-based company and is focused on building a successful sales career.

“I absolutely love the job and the staff here are amazing,” said Sam. “Because of my age, I tend to attract a lot of the younger customers who are buying their first caravan.

“Owning a touring caravan is a lifestyle thing and appeals to lots of different people of all ages. Before joining Salop Leisure I didn’t realise just how big the market was for caravans.”

Sam, who is a qualified gym and outdoor instructor, previously worked for Carphone Warehouse and Currys PC World in Shrewsbury. Sadly, his ambition to follow his father into the RAF was shattered when he suffered a severe fracture of his right wrist.

The injury has forced him down a different career path where he has discovered a flair for sales, which he hopes will one day help him to launch his own technology business.

He is a former student of Mary Webb School, Pontesbury and Shrewsbury Sixth Form College.