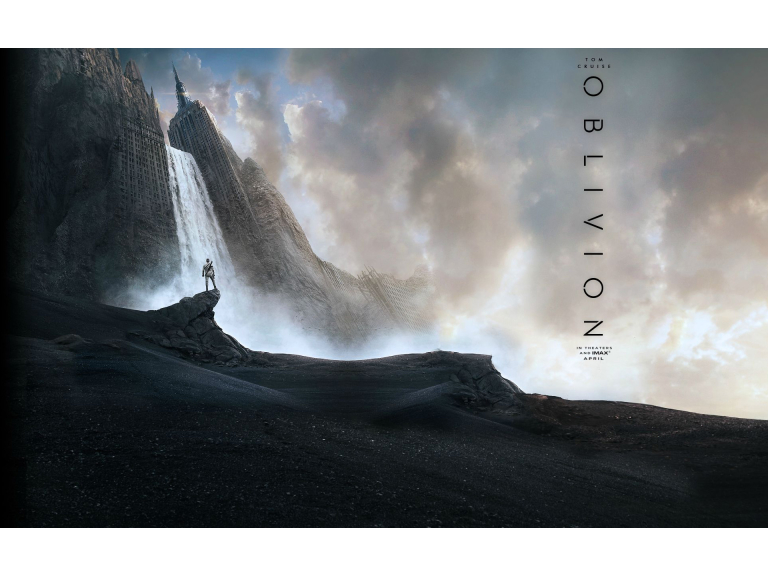 Oblivion, the new apocalyptic action film starring Tom Cruise has a promising start but can it deliver - find out at Shrewsbury Cineworld Cinema.

In a dystopian future, Jack (Tom Cruise) and Victoria (Andrea Riseborough), a Bristich actress perhaps more famed for her TV roles but now getting into film far more, are the last human caretakers on a ruined Earth, living in some luxury before their imminent departure to join the rest of humanity on Titan, the largest moon of Saturn.

A band of savage aliens called the Scavengers will then inherit our planet. But instead of the final expected whimper, there's a bang, things get complicated, and this mystical, moral SF movie prepares to disappear up its own space-time continuum.

This is a VERY gloomy, but impressively designed film, filmed on location mainly in Iceland where Tom Cruise has said he delighted in riding his motorcyle (Tom famously does his own stunts) on terrain no one else is allowed. Oblivion has, like some of the best SF movies, a half-dozen speaking roles.

This is a fim that starts really promisingly, and is very slic and stylish with all the special effects majesty you would expect from a blockbuster of this kind, but in my opinon is tails off somewhat. However, is definitely worth a wacth and moves at a past that will jeep you interested enough.