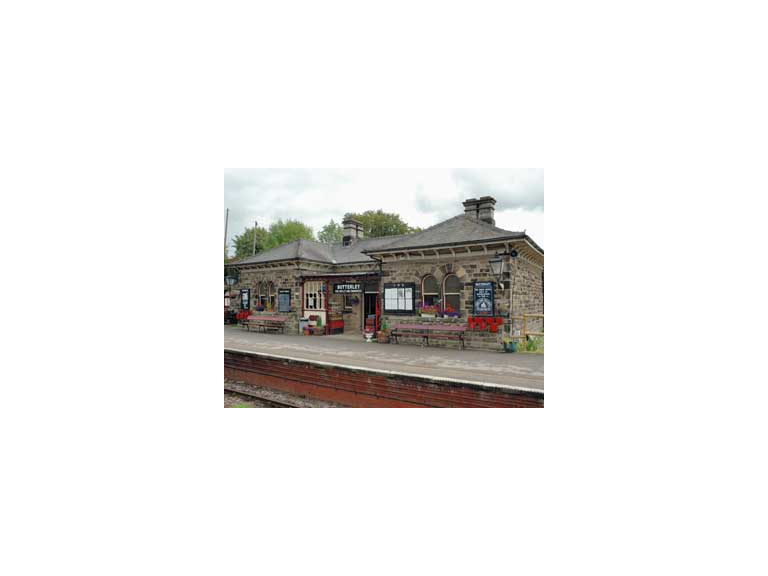 In a new report, compiled by a leading Professor at University College, London, Ripley is the Most English town in the whole of England, closely followed by Heanor.

The study, reported in the Daily Mail Online , looked at the origins of the surnames of everyone in the town, as recorded on electoral records and professions databases, and have found that Ripley has over 88% of residents having English ethnic origins.

The report does contain some interesting statements - not least that Heanor is a village, or that Ripley is an unremarkable town  "whose biggest attractions are a railway museum, pottery centre and the odd tea room"

Well, we're really proud of all of these attractions. I'm sure that historians would be at pains to point out the value and significance of the Midland Railway  and the world famous Denby Pottery !  And yes, we do have some fantastic tea rooms , to which people travel from all over the country!

We may be the two most English towns in the country, but our doors are open to people from any and all backgrounds! Visitors to our area will find a very warm welcome, and friendly, helpful people. We have many more attractions to complement those listed, including Shipley Park , Heanor Antiques Centre, and the Red River Nature Reserve - all great assets to our area, which makes us far from unremarkable!

Tea Rooms in Heanor and Ripley
To see the businesses in our Tea Rooms section, please click here.
Latest Articles