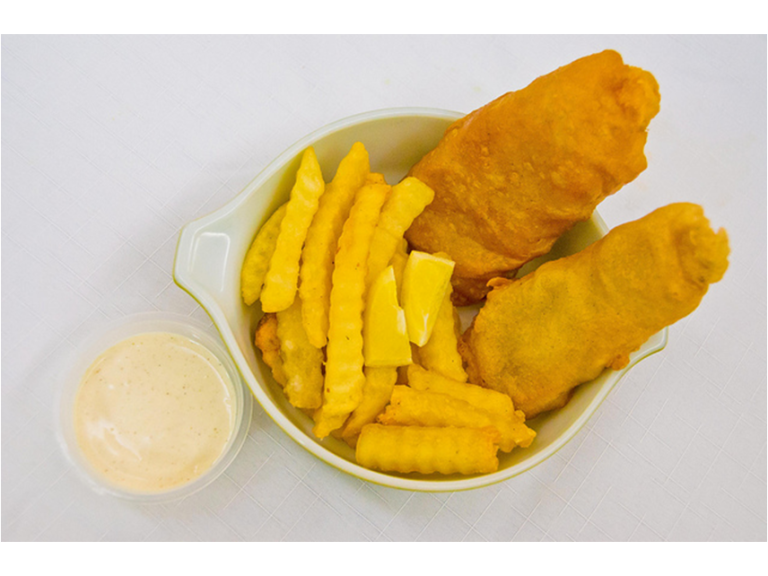 Fish and chips are still amazingly popular across the UK, just the smell of them cooking sends most of us into excitement about the meal we’re about to consume.

Heanor is extremely lucky to be served fish and chips by Crest of the Wave and they’d like to share 10 facts with us about fish and chips.

1 Not all fish and chips shops serve vinegar, instead they have a substitute version as a condiment which is quicker to make containing acetic acid and colourings.  This cannot be displayed in vinegar bottles due to UK food standards, but it isn’t actually vinegar although it may have a similar flavour.

4 Fish and chips were excluded from rationing during World War One and World War Two.  Did you know that they were also a part of the D Day Landings, British soldiers would call out ‘fish’ and wait for a response of ‘chips’ to be identified.

5 Fish and Chips are often served with the popular side order of mushy peas.  These are made from dried marrowfat peas soaked overnight in two teaspoons of bicarbonate soda.

6 Fish and chips are served with sugar by the Chinese

9 Today fish and chips are served in grease proof paper with mainly plain thicker paper for wrapping.  They were served in newspaper until 1980, but it was felt that the food’s direct contact with the ink was not advisable due to the makeup of the ink.

10 Although their origin is contested, fish and chips were first served together around the year 1860.

Now you know some facts, it’s time to taste the fabulous combination of that delightful meal fish and chips and where better to do this than at Crest of the Wave in Heanor.

Pay & Play Public Badminton Sessions
Sign up for offers
Sign up for what's on guide
Popular Categories
By clicking 'ACCEPT', you agree to the storing of cookies on your device to enhance site navigation, analyse site usage, and assist in our marketing efforts.
For more information on how we use cookies, please see our Cookie Policy.