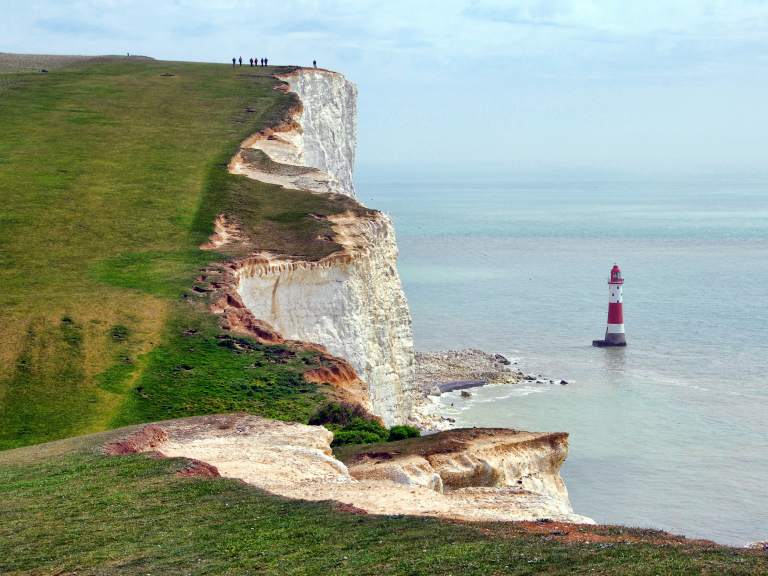 Beachy Head is a chalk headland in East Sussex, England. It is situated close to Eastbourne, immediately east of the Seven Sisters.

Beachy Head is located within the administrative area of Eastbourne Borough Council which owns the land, forming part of the Eastbourne Downland Estate.

The cliff is the highest chalk sea cliff in Britain, rising to 162 metres (531 ft) above sea level. The peak allows views of the south east coast from Dungeness in the east, to the Isle of Wight in the west. Its height has also made it one of the most common suicide spots in the world.