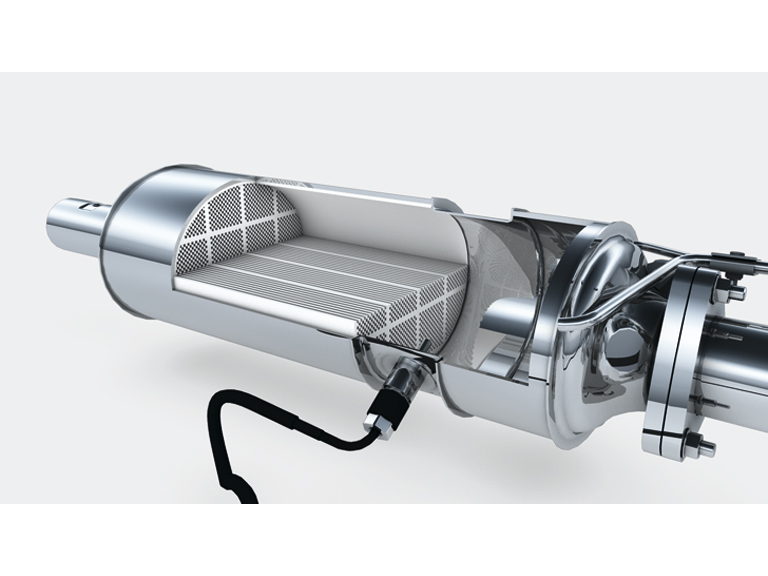 DPF’s or Diesel Particulate Filters are a hot topic at the moment. This is primarily for the frustration they cause to both vehicle owners and the auto industry. This frustration is because DPFs fail and the solutions often provided to consumers is to either replace the filter at great expense to them or to remove the DPF (that is easy to do and much cheaper than replacement) which, under current legislation, would cause the vehicle in question to fail its MOT and thus be illegal to drive on the road.

What are Diesel Particulate Filters? The DPF is a component that is fitted to the exhaust system of a diesel vehicle. DPF’s have been mandatory on all new vehicles since 2009 to ensure they meet Euro5 emission standards (although many vehicles built as far back as 2006 have DPF’s fitted if they couldn’t meet Euro3 and Euro4 emission standards without them). The purpose of DPF’s is to lower emissions exiting a vehicle exhaust system and thus improve air quality. But in our experience, using DPF’s to achieve that idea is flawed and below we explain just some of the reasons why.

The principal idea behind a diesel particulate filter is to reduce particulate matter (soot) from exiting the exhaust system of a diesel vehicle. The DPF is often the single most expensive item on a new vehicle aside from the cost of the vehicle itself. This is because in order for the DPF to convert unburnt soot into carbon dioxide and thus provide cleaner air for the environment, the DPF must contain a substantial amount of Platinum which is an expensive and precious metal. As an example, recently a customer of ours was quoted £2,800 to replace the DPF on their VW T5 van with an original (not aftermarket) part.  As a result of the Platinum content, the cost of replacing the DPF with an OEM part is often more expensive than the replacement value of the car, leaving customers in an expensive financial dilemma. Although aftermarket DPF’s are cheaper (usually around £300-£600 per item), they often become permanently blocked within a couple of months of being fitted due to their lack of Platinum meaning the vehicle owner is back in the same predicament they were in previously. So the first flaw in the practicality of DPF’s is their expense. If the customer scraps their vehicle, the emission output to create a new vehicle is substantially higher than the output of not having a DPF on the old vehicle. And, if due to an aftermarket DPF being fitted the vehicle is in the same situation again in a couple of months time (i.e. a blocked DPF), the troubled vehicle will be producing more emissions output than it would have if it didn’t have the DPF fitted in the first instance.

The second flaw in the idea of using DPF’s to reduce particulates entering the air is down to the actual use of the vehicle itself. Often diesel engine vehicles are used for short, slow journeys where the Diesel Particulate Filter cannot reach the required temperature to burn and convert soot into carbon dioxide. The knock-on effect of this is the filter becomes permanently blocked within a short period of time (at Mobile Remaps we’ve known of DPF’s to become blocked within 1,500 miles) before requiring replacement. As such, we consider the use of DPFs to reduce emissions on smaller city cars to be a flawed idea… there must be a better way!

To add insult to injury on new vehicles, because DPF’s are designed to have a limited lifespan they are, more often than not, NOT covered by a new vehicle warranty. This is why, if your principal use of your new vehicle is short, slow journeys such as inner city driving, this author would advise against the purchasing of a diesel vehicle and steer you towards a smaller petrol car.

A third flaw in the use of DPF’s to reduce particulates is down to how and when they ‘regenerate’ where ‘regeneration’ effectively means the forcing the unburnt soot out of the filter, through the exhaust and into the environment. In order for this regeneration to occur, the DPF must first get hot enough. For the exhaust system to get to the required temperature, the vehicle often requires a fast, high revving driving experience which usually takes place down the motorway and thus uses more fuel which in turn increases emissions rather than reducing emissions. In fact independent tests have shown that DPF regeneration increased NOx and CO2 by as much as 20% and can increase fuel consumption by as much as 5mpg during the process.

Once the exhaust is hot enough by which time the driver is now off the motorway and in, inner city driving, the DPF will ‘regenerate’ itself and force the unburned soot out into the inner-city or urban environment – something which the DPF was designed to reduce!

Whilst we applaud the idea behind diesel particulate filters, as you can see above, their idea is somewhat flawed. I’m sure a better solution will be found in the future and the sooner an alternative solution is found a lot, if not all of the frustration for customers and the auto industry above can be reduced. So what should you do when your vehicle’s DPF is blocked in the meantime? The answer is simple. Seek honest advice and not panic. The first thing to do is to answer the question ‘Why has the DPF become blocked?’ And, it is this question we will look to answer in more detail in our next blog.

If you cannot wait until our next blog, why not call Mobile Remaps on 01223 855 491 for a no obligation chat. We work with some of the leading garages in Cambridge to provide the right advice to our customers and to make sure, if you need a remap, you have the right remap to meet both your needs and that of your vehicle.

An Aussie Expat whose settled in Cambridge, married with 2 fur kids [a Dalmation and Cocker Spaniel].

A pure petrol head at heart but with interests outside of automotive items including astronomy, photography,...