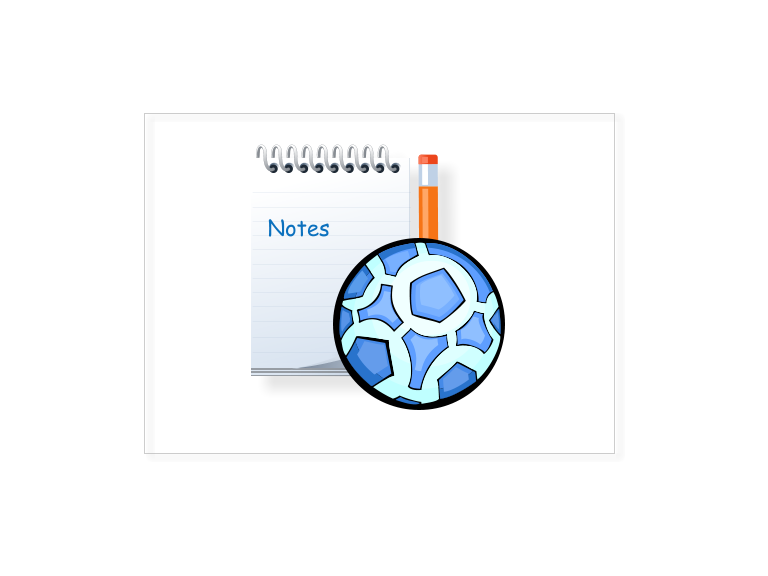 Playing football is not hard, being good at it is!

One reason for this is because it’s a team sport.  If it were an individual sport, you could improve everything there is about the way you play to improve overall performance and success.  With team sports however, you might be the best player in the world, but if your team is not working together, you won’t see the results you deserve.

This is especially visible in amateur football because the players that make up a team don’t usually have the same responsibilities or aspirations as their professional counterparts.

That said, there are a few things you can do to improve your own success rate which might even motivate the players around you to work better with you.  I have listed five tips that might help you to take things to the next step.

The old saying pass and move is a good one to remember, but it might not be the best thing to do.  Sometimes, the best option after passing the ball is to stay where you are.  If you can find space that is either in line of sight with the active player (player with the ball) or space that can be utilized via a third player (to pass around an opponent), I think that is better that just aimlessly running into space.

2. Use the under 5 second rule

Why run with the ball when you don’t need to.  You could be on the pitch for 90+ minutes and will have probably run over 5km by the end anyway.  One of the big differences between a good and poor team is a lack of understanding in when to pass and when to run with the ball.  You don’t have to have great skill to be a good footballer.  Try to use less than 5 seconds as a benchmark between receiving the ball and releasing it.

3. Look around you when you don’t have the ball and look up when you do

This is a technical skill that can take time to perfect and you will always be learning this one. I think it is a very important and useful skill to acquire.  Paul Scholes to name one used to do this a lot.  James Rodriguez, the player that scored that wonderful volley in the Brazil world cup in 2014 was a prime example of looking around before accepting the ball.  He knew exactly where he was in relation to the goal.

It is not an easy thing to do and sometimes you don’t get the time to do it, but if you can look around before receiving the ball it can allow you more options.  It allows you to quickly determine when and where you need to release the ball to a teammate or shoot with a first touch.

Having that plan for passing first touch to a player in a certain position is a great skill to have.  It speeds up the passage of play, can create space and an attacking advantage for your team, plus, it can look good and feel great when it pays off!

The phrase ‘you are what you eat’ has been used a lot over the years, but for good reason, it carries a lot of truth.  I am not here to preach about diet and that you must always only eat healthy foods.  Where’s the fun in that!  No, what I am saying is to consume things in moderation.  Yes, go to the bar after a match with team mates, it can be good for team morale.  Eat the odd takeaway and drink a beer or two if that makes you feel good, but just remember what it is that you want to get out of your time playing football.  What you put in is what you get out!  Eating too much saturated fat, added sugar and processed foods, will most likely affect your overall performance so It’s up to you at the end of the day!

5. Get involved with another sport or leisure activity

You might be thinking why?  Participating in a different activity such as going to the gym or swimming (a good sport to do as it can stretch out the body and increase your lung capacity) uses different muscle groups which can benefit overall body fitness, keeping you fitter and stronger for longer!

If you would like to play around with a virtual whiteboard to share ideas for strategies or coaching sessions, have a look at http://www.coachwiseman.uk

This blog has been written by Gareth, an FA Level 2 coach in Cambridge, who has coached in the UK and played at amateur level in the UK, the Netherlands and Belgium and uses his experiences whenever he can.