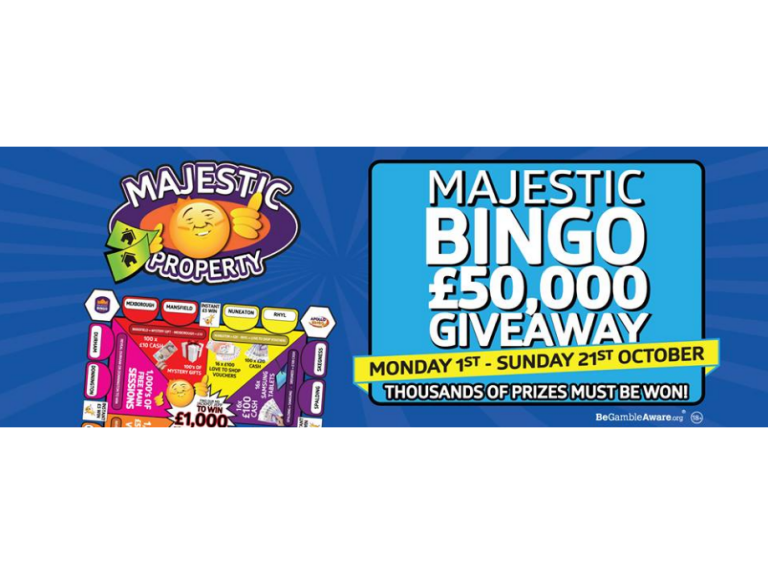 The weather may be taking a turn for the worse, but don’t let that dampen your spirits. Apollo Bingo has an awesome giveaway event planned that’ll brighten your October up!

Just when you thought a trip to Apollo Bingo Barrow couldn’t get any better – they prove you wrong! They’ve only gone and planned their biggest ever giveaway for October!

Whenever you visit the club between 1st – 21st October, make sure you collect a pull tab and see if you have won one of the thousands of prizes up for grabs – it’s that simple!

So not only can you win prizes playing the bingo as you would normally – you can win prizes simply by taking part in this new promotion too – sounds like the recipe for a cracking night (or day) out to me.

For more details about this promotion and becoming a member at Apollo, give the friendly team a call on 01229 825316 or take a peek online at https://majesticbingo.com/location/barrow/

Have a majestic time and get involved!