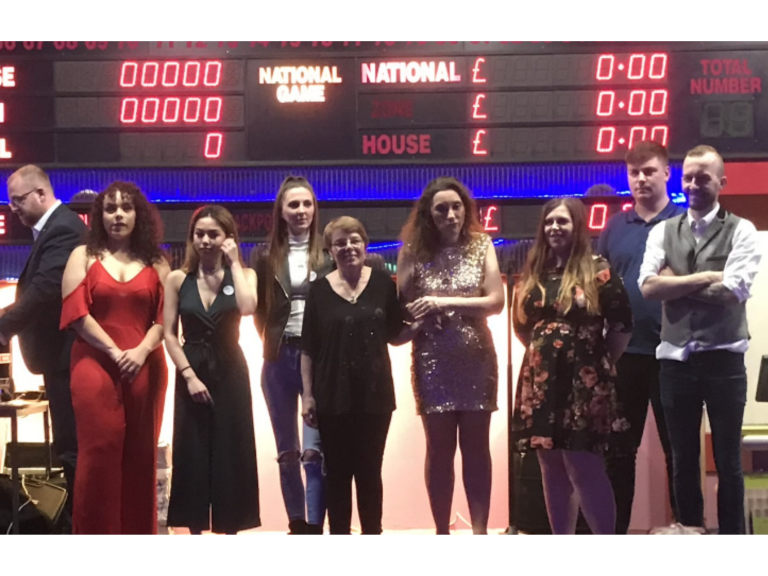 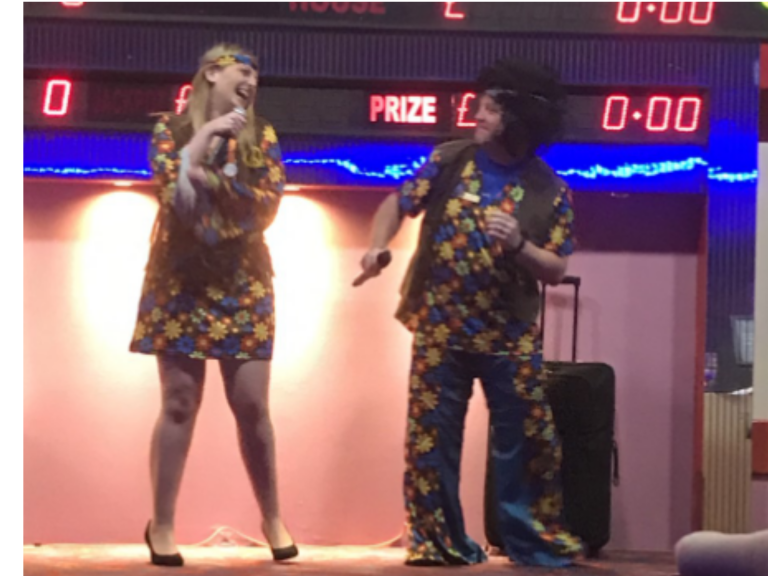 So, does Barrow have talent?

After witnessing first- hand the incredible performances at Apollo’s Barrow’s Got Talent – the answer is a resounding YES!

Apollo Bingo hosted their very first Barrow’s Got Talent Grand Final on Saturday 4th May – what a night of entertainment!

I’d been asked to be on the judging panel some time ago by general manager Daryl Boothroyd, and I have to say that I was really looking forward to being part of this exciting event. Myself and my fellow judges – Iain Bain from St. Mary’s Hospice, Mark Jepp - Managing Director of Majestic Bingo and Kirsty, a  member of the audience chosen as the fourth judge just before the show started  were introduced to the audience by the brilliant Pete Murphy who was our host for the night.

Not only was this a night of fun and entertainment, it was also about raising funds and awareness for Apollo’s chosen charity - St. Mary’s Hospice.

To kick things off and get everyone in the mood we were treated to a performance by Apollo’s very own Sonny and Cher – Jason and Siobhan, who gave us their entertaining rendition of I’ve Got You Babe. They smashed it, and it was a great way to start the evening.

After a few words from Pete explaining how the evening would play out. It was onto the main event.

First to perform on the night was Rob Spencer. Having to perform first can be tricky, but it was a great way to open the show. Rob sang ‘The Way You Look Tonight’ by Frank Sinatra. It was a confident performance and  Rob even found the time in his routine to hand out roses to some of the ladies in the audience too.

Audrey Watson took to the stage next with an emotional rendition of Elton John’s ‘Can You Feel The Love Tonight.’ Audrey dedicated her performance to her Mum who passed away last year, also expressing her gratitude for to St Mary’s Hospice for the care they gave to her mum. It was a performance she should be proud of.

Chloe Flores was up next treating us to an incredibly powerful performance of ‘Always remember us this way’ from A Star Is Born. The power in Chloe’s voice was remarkable, and she sang wonderfully well.

Susan Shepherd aka X Factor Suzie belted out her entertaining rendition of Whitney Houston’s ‘I want to dance with somebody.’ Susan deserves a lot of credit, performing in front of a crowd on a stage takes a lot of courage, and I thought she took the’ feedback’ from our very own Simon Cowell (Mark Jepp) very well.

After the interval we were treated to some magic by the talented Matty. Not only were the 4 judges treated to a close up card trick (that had us all baffled) but the audience got in on the fun too with an ambitious card trick that involved everyone.

Dalton student Kirby Liane sang Never Enough from The Greatest Showman. Kirby was performing in memory of her brother who sadly died recently. It was a truly incredible performance, a great song choice and received a standing ovation from all judges.

Kelsey Haines did herself and her family proud with a wonderful performance. Her children wanted her to get involved and take part and Kelsey was fantastic, if she was nervous we didn’t notice.

Paris- Ayo Corkill was the last to perform, and we were treated to another Whitney Houston classic ‘Saving all My Love For You’  Paris gave an accomplished performance, singing beautifully.

The acts were being marked out of 10 for originality and creativity, poise and presentation, clarity of voice and crowd appeal, with a total score out of 40 being given to each performance

All in all the contestants  on the night gave the judges a really tough task in picking a winner, in fact there was only 6 points separating 3rd from 1st, and only 1 point between 2nd and 1st place.

It was a tough decision, but there could be only one winner – and that was the talented Paris for her beautiful performance. Paris not only won the top prize of £500 but also has the opportunity to perform on the main stage at Ulverston carnival.

The whole event was filmed by BeeArrow Productions, so If you couldn't make it on the night then there is an opportunity to purchase a DVD of the whole evening at just £6 each or 2 for £10 with money being donated to St Mary's Hospice from every sale.

Well done to Paris and all the acts who took part, as well as the many people who came along to support the event- you all helped make this night a massive success.

Where Can I Find a Defibrillator in Walney?

Where Can I Find a Defibrillator in Dalton?
Sign up for offers
Sign up for what's on guide
Become an author
Popular Categories