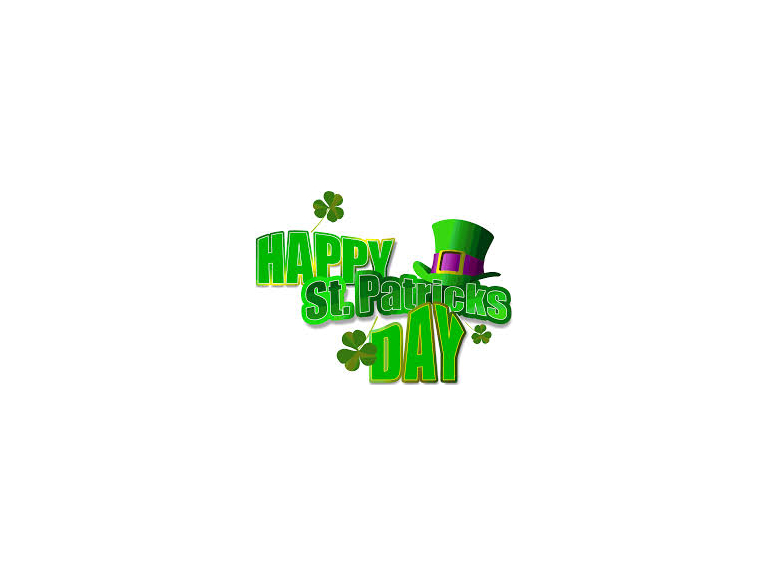 The day commemorates Saint Patrick and the arrival of Christianity in Ireland, as well as celebrates the heritage and culture of the Irish in general.

Celebrations generally involve public parades and festivals and the wearing of green attire or shamrocks. Christians also attend church services, and the Lenten restrictions on eating and drinking alcohol are lifted for the day, which has encouraged and propagated the holiday's tradition of alcohol consumption.

Saint Patrick's Day is a public holiday in the Republic of Ireland, Northern Ireland, Newfoundland and Labrador and Montserrat. It is also widely celebrated by the Irish diaspora around the world; especially in Britain, Canada, the United States, Argentina, Australia and New Zealand.

What is known about St Patrick comes from the Declaration, which was allegedly written by Patrick himself. It is believed that he was born in Roman Britain in the fourth century, into a wealthy Romano-British family. His father was a deacon and his grandfather was a priest in the Christian church.

According to the Declaration, at the age of sixteen, he was kidnapped by Irish raiders and taken as a slave to Gaelic Ireland. The Declaration says that God told Patrick to flee to the coast, where a ship would be waiting to take him home. After making his way home, Patrick went on to become a priest.

According to tradition, Patrick returned to Ireland to convert the pagan Irish to Christianity. The Declaration says that he spent many years envangelising in the northern half of Ireland and converted "thousands". Tradition holds that he died on 17 March and was buried at Downpatrick. Over the following centuries, many legends grew up around Patrick and he became Ireland's foremost saint.

The colour green has been associated with Ireland since at least the 1640s, when the green harp flag was used by the Irish Catholic Confederation. Green ribbons and shamrocks have been worn on St Patrick's Day since at least the 1680s. On St Patrick's Day it is customary to wear shamrocks and/or green clothing or accessories (the "wearing of the green").

In 1903, Saint Patrick's Day became an official public holiday in Ireland. This was thanks to the Bank Holiday (Ireland) Act 1903, an act of the United Kingdom Parliament introduced by Irish Member of Parliament James O'Mara. O'Mara later introduced the law that required that pubs and bars be closed on 17 March after drinking got out of hand, a provision that was repealed in the 1970s.

The first Saint Patrick's Festival was held on 17 March 1996. In 1997, it became a three-day event, and by 2000 it was a four-day event. By 2006, the festival was five days long; more than 675,000 people attended the 2009 parade. Overall 2009's five-day festival saw close to 1 million visitors, who took part in festivities that included concerts, outdoor theatre performances, and fireworks. Skyfest forms the centrepiece of the festival.

The biggest celebrations outside Dublin are in Downpatrick, County Down, where Saint Patrick is rumoured to be buried. The shortest St Patrick's Day parade in the world takes place in Dripsey, Cork. The parade lasts just 100 yards and travels between the village's two pubs.