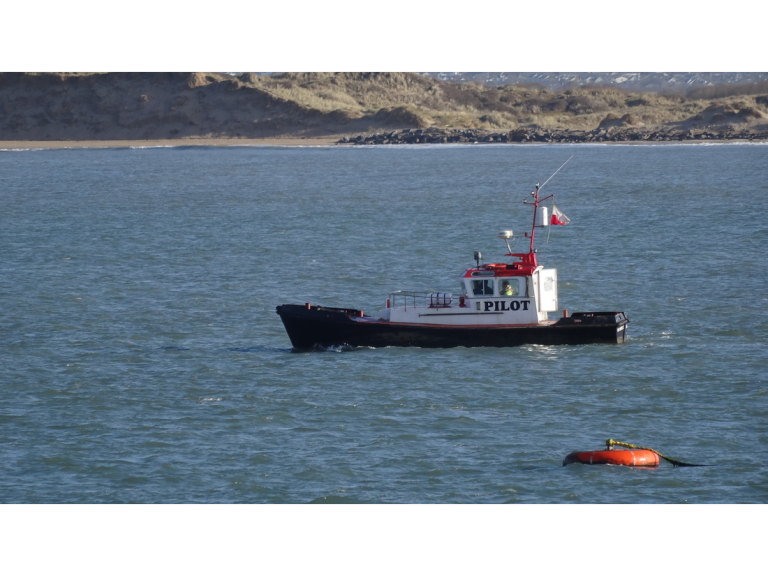 Enter Stage left, The Bideford Pilot is an insightful and dramatic new short film showing the work of the pilot, Roger Hoad, who guides ships safely into Bideford, Appledore and Yelland.

In the film, Roger says "People from Bideford often open their curtains to find a ship down at the quay. They go to work while the ship is being loaded and the next morning it has vanished again."

The Bideford Pilot is one of ten short films in the Boat Stories series and local historian Peter Christie, who presented the Bideford premiere screening of the series, commented "I was delighted to see the films which really explored one of those parts of the North Devon economy that we all talk about yet very few see at first hand. It was especially good to see the film on Roger Hoad, the Bideford harbour pilot, whose essential work often happens at very unsocial hours (tides wait for no man not even Roger) and is often very challenging."

Before she began research on the film, Boat Stories producer Jo Stewart-Smith thought that escorting incoming ships over the notorious Bideford Bar would be the most difficult part of the pilot's job.  Jo commented "I know now that transferring the pilot on and off the big ships, gaining the trust of a new captain quickly so the pilot can effectively control the ship, guiding the ships up and down the tidal river through the narrow constantly changing channels and turning a 6,000 tonnes ship against a flood tide - are all tough, challenging tasks."

The work has its rewards as well as its challenges and crew member Thom Flaxman says "I get to see some lovely sunrises and sunsets and appreciate the beauty of the river at all hours of the day and night. Some winter nights the deck of the Pilot Boat is just a sheet of ice. When you're hauling on a line it's worth hanging onto the boat as there's nothing to stop your boots from sliding straight over the side."

John Pavitt is coxwain of the pilot boat and it's his job to keep Roger safe, positioning the boat so they are not in danger of squashing him or breaking his legs.  He tells us "For all the technology that has come along nothing has changed from the pilot’s point of view. He is still hanging on to a rope ladder on the side of the ship under any conditions and it’s the crew of the pilot boat that have to get him safely off and on..."

During the recent storm 'Frank' the pilot crew were out working in winds up to 30 knots, escorting the Celtic Warrior out from Yelland Quay. The ship's master was concerned that transferring the pilot down the long ladder would be too dangerous due to the pitching and rolling but as Roger Hoad said in typically understated fashion "in the event all went well and the crew did a good job in quite testing conditions."

Watching the film has had a lasting impact on Instow resident Jim McCormack "I can see the estuary from my garden and when I'm outside at night I look out across the bar and spare a thought for the Bideford pilot - remembering that dramatic scene in the film where he takes his life in his hands as he jumps from the small pilot boat onto a rope ladder dangling from the giant cargo ship."

You can watch the Bideford Pilot along with the other nine Boat Stories short films at www.boatstories.co.uk.