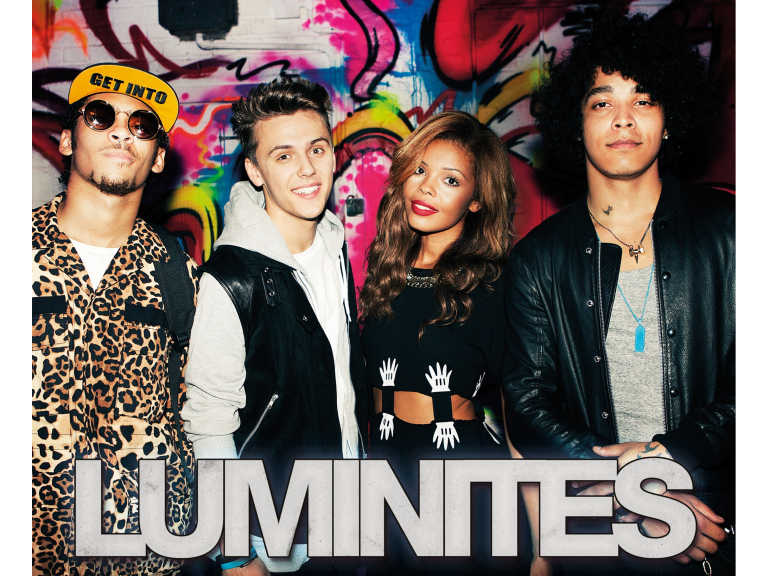 The full line up for Barnstaple's Christmas Light Switch On for Sunday November 24th has been announced, and in addition to the headline acts Brit and Mobo Award nominees, Stooshe, also taking part are the Luminites, finalists from Britain's Got Talent 2013.

"The timing of the Luminites coming to Barnstaple couldn't be better", said Sue Rawle, BID Co-ordinator who are the main organisers of the event. "The week before our Light Switch On they are releasing their debut single, Do Something on November 17th, so there will certainly be quite a lot of publicity around what they do and where they perform."

The rest of the line- up is also very exciting and offering different types of music to please all age groups.

Entertainment begins at 1pm on The Square with the talented Devon Youth Jazz Orchestra. Then at 2pm there is a surprise in store when over three hundred school children will be taking part in the North Devon Schools Christmas Collaboration. This collaboration is thanks to the hard work and organisation of Debbie Kent, the musical director responsible for getting all the young musicians together.

The Adam Isaac Band takes to the stage at 3.15pm- Adam is a popular Devon based musician who is in constant demand and appeared on our television screens when he took part in BBC's The Voice, with his mentor, Sir Tom Jones. Switched On is the name of our own event house band that is going to be getting everyone into the party mood this year.

Amongst the band are some well -known faces of talented local musicians- get ready to rock from 4.30pm.

There is also a Family Fun Fair on The Strand, and it's hoped that many shops and businesses in the town centre will be open during the Christmas Light Switch

On, Sunday 24th November. Santa will be in his Grotto in Green Lanes from 12.30 on Switch Day right through until Christmas Eve. "We always punch above our weight where our Christmas Light Switch On is concerned", added Sue Rawle, "and this serves us well in terms of both bringing people into the town and putting us on the map as the commercial centre of North Devon."