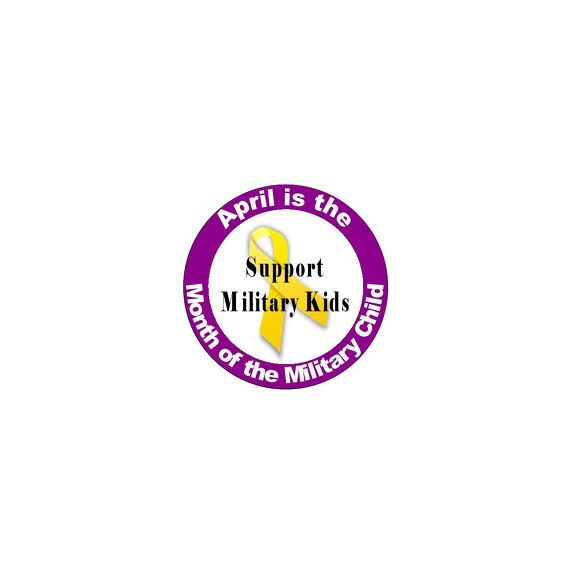 RMB Chivenor is located along the beautiful North Devon coastline between the town of Barnstaple and the village of Braunton.  Close by are beaches, villages, market towns, craft centres, places of natural beauty, walks and attractions to suit everyone, families and single personnel alike.

Every April, military children have reason to celebrate. Why? Because it's the Month of the Military Child.

Wanting to honour military kids for their sacrifices and courage, in 1986 Defense Secretary Casper Weinberger designated April as the Month of the Military Child.

Since then, military installations, organisations and communities have created special events to pay tribute to these little military heroes.

As the month of April is dedicated to military children around the globe, they also have an official flower dedicated to them: The Dandelion!

The Military Child by Anonymous

The official flower of the military child is the dandelion. Why?  The plant puts down roots almost anywhere, and it's almost impossible to destroy.  It's an unpretentious plant, yet good looking.  It's a survivor in a broad range of climates.  Military children bloom everywhere the winds carry them.  They are hardy and upright.  Their roots are strong, cultivated deeply in the culture of the military, planted swiftly and surely.  They're ready to fly in the breezes that take them to new adventures, new lands, and new friends.

Experts say that military children are well-rounded, culturally aware, tolerant, and extremely resilient. Military children have learned from an early age that home is where their hearts are, that a good friend can be found in every corner of the world and in every color, and that education doesn't only come from school.  They live history.  They learn that to survive means to adapt, that the door that closes one chapter of their life opens up to a new and exciting adventure full of new friends and new experiences.

Be proud of our Military and their families!