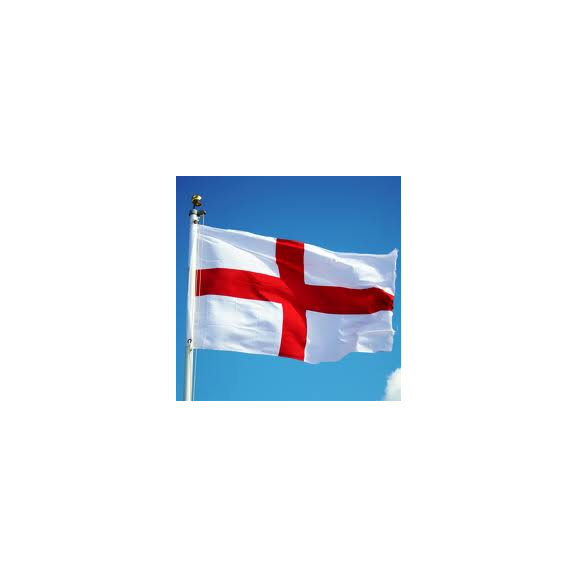 A story dating back to the 6th century tells that St George rescued a maiden by slaying a fearsome fire-breathing dragon. The Saint's name was shouted as a battle cry by English knights who fought beneath the red-cross banner of St George during the Hundred Years War (1338-1453).

By tradition, 23 April is the day for a red rose in the button hole, the national flower.  However, unlike other countries, England does not celebrate it like Americans celebrate 4 July with fireworks.  In fact, you are more likely to see big St Patrick parades in England celebrating Ireland's National Day, more than you would see any sign of St Georges Day being celebrated.

For most people in England St George's Day is just another ordinary working day.  Do you think this is wrong and that we should encourage patriotism?

In early 2009, Mayor of London Boris Johnson spearheaded a campaign to encourage the celebration of St George's Day. Today, St George's day may be celebrated with anything English from Morris dancing to a Punch and Judy show.  Additional celebrations may involve the commemoration of the 23 April as William Shakespeare's birthday/death.

A custom is to fly or adorn the St George's Cross flag in some way: pubs in particular can be seen on 23 April festooned with garlands of St George's crosses.  It is customary for the hymn "Jerusalem" to be sung in cathedrals, churches and chapels on St George's Day, or on the Sunday closest to it.  Traditional English food and drink (e.g. afternoon tea) may be consumed.

The reaction to the recent indifference to St George's Day has spurred organizations such as English Heritage, and the Royal Society of Saint George (a non-political English national society founded in 1894) to encourage celebrations.

There have also been calls to replace St George as patron saint of England, on the grounds that he was an obscure figure who had no direct connection with the country.  However, there is no obvious replacement, though names suggested include Edmund the martyr, Cuthbert of Lindisfarne or Saint Alban.

Are you celebrating the day of our Patron Saint?  If you are, we would love to hear what activities you may be doing, or if you are simply decorating your home or business.  Contact Thebestof Barnstaple at:

We look forward to hearing from you!

Happy St Georges Day to one and all!

A busy wife and full time mum to two daughters who's family have lived in Barnstaple and the surrounding villages for a long time!