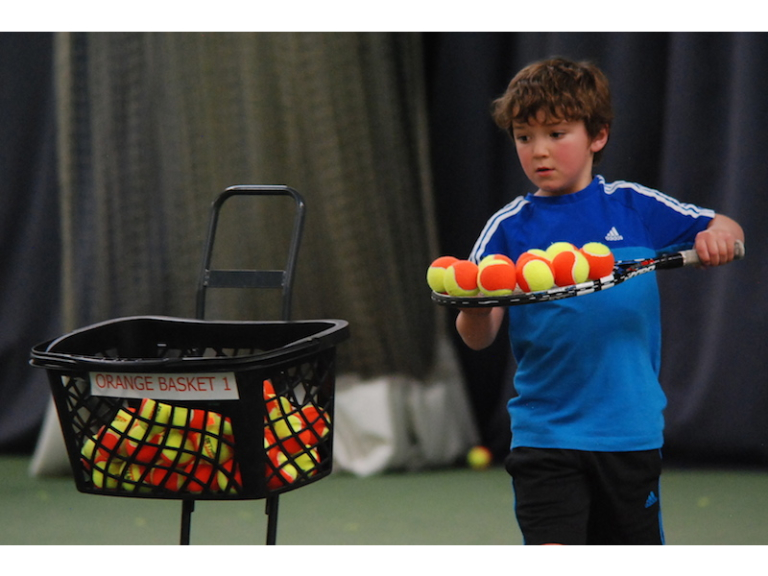 Ahead of the tournament getting under way, the Sundorne Road venue, which regularly stages professional tennis tournaments featuring rising stars from across Europe, will throw open its doors for a Junior Tennis Festival arranged to encourage youngsters to gain competition experience.
Chris Hinks, chairman of organisers Tennis Shropshire, said he was looking forward to a feast of good tennis across six busy days, with the likes of exciting 10-year-old Roan Jones, from Condover, who is among the leading players in his age group in the country, taking part in the County Closed Championships.
He added: "This is always a real highlight of the local tennis calendar and there's plenty of talented young players around the county. It's always enjoyable to see them striving to become county champions in their respective classes.
"We are also excited about the introduction of a Junior Tennis Festival this year and it promises to be a lot of fun."
The Junior Festival will take place at The Shrewsbury Club on Sunday August 24 and Monday 25 before the Junior County Closed Championships follow on, starting Tuesday August 26, and ending with finals day on Saturday August 30.
Nigel Hunter, director of tennis at The Shrewsbury Club, said he welcomed the addition of the Junior Festival to open proceedings.
"Tennis Shropshire have put a lot of effort into increasing participation over the last year and we just want to see as many children as possible come and have a go, even if it's their first taste of competition," he said.
"That's what the festival has been designed for, to try and encourage more youngsters to give it a go, to show that tennis is a sport for all players from starters through to the elite players who will by pushing to win the County Championships."
He added: "The County Closed Championships is traditionally the tennis year ending and it's held to find the best player in every age group within the county.
"We came up with the idea of having an opening two-day festival to encourage players who perhaps haven't entered competitions before to have their first taste of competitive tennis.
"We're going to have a two-day festival and try and make it real fun with things like face painting and a bouncy castle alongside lots of tennis.
"We'll try and get the players involved as many matches in those two days as we can, and if there are any potential superstars that come out of those two days then we'll progress them into the draw of the County Closed - but mainly it's just two days of fun matches.
"They will be all mini-tennis events with mini reds starting at eight and under, mini orange starts at nine and under and mini green is 10 and under.
"We're also going to do 12 and under and 16 and under events which have a ratings cut off of 9.1, 9.2, 10.1 and 10.2. It's ideal for players who have just started tennis and any player that hasn't got a rating are more than welcome to come along and we'll sort one out over the two days.
"Then the main County Closed tournament will kick in on the Tuesday and run to Saturday when it will be finals day.
"It's for juniors, all age groups, to try and become a county champion and it will be a good standard, a really nice standard, so we're trying to push to get as many youngsters as possible to enter this year."
The tennis festival starts at 10am each day and youngsters are invited to turn up and take part.
More