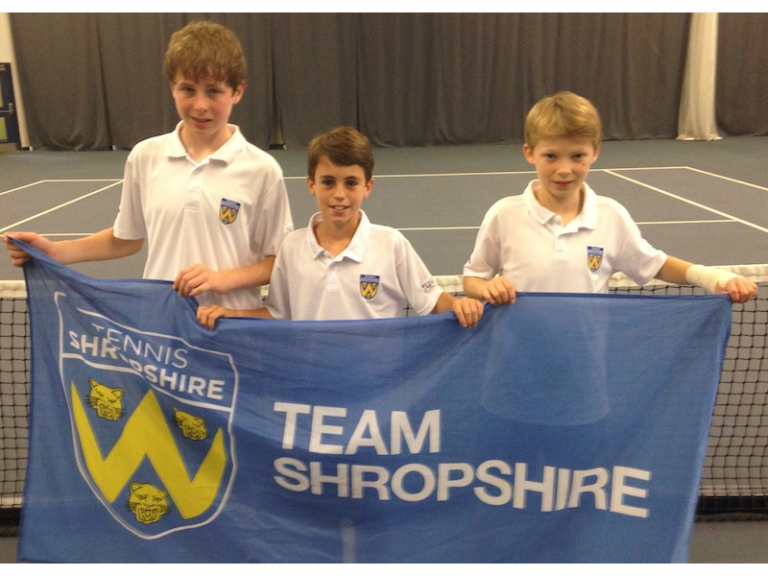 A team of young Shropshire tennis aces hinted at their exciting potential by qualifying for the national finals of a prestigious competition.

Shropshire's under-12 boys team beat off strong competition to book their place among the leading eight teams in the country at the finals weekend of the Aegon under-12 County Cup at the Bolton Arena.

The team which featured Roan Jones, Matthew Campbell and Tomas Cores Birch were drawn in a tough group against Essex, Leicestershire and eventual winners Surrey.

They were beaten in all three games but recovered to draw 4-4 with Wiltshire in their play-off match before being edged out 11-9 in a tie break.

Team captain Adam Wharf said the Shropshire side could be proud of their efforts having performed so well to win through the qualifying round at Wrexham last month when they overcame the challenge of North Wales, South Wales, Staffordshire and Hereford and Worcester.

Two of the players who played alongside Roan that day, Rory McDonald-O'Brien and Will Abbott, were unavailable to play in the finals, but the trio who did represent the county at Bolton performed well.

Adam, from Inspire2coach who works with the county junior squads, said: "The boys should be proud of their efforts and to make it through to the top eight teams in the country is an excellent achievement.

"The boys did well to qualify for the national finals, beating North Wales in a doubles shootout at Wrexham, and then they played some good tennis at Bolton. James Phillips also provided good support as travelling reserve.

"The first day we played Surrey which was a very tough match against the eventual winners, but we were competitive in all the other matches we played and were still alive going into the doubles in each of them."

Adam added the under-12 boys were the first Shropshire junior side to make it through to the national finals this year, but he said he has high hopes for both the boys and girls under-nine teams.