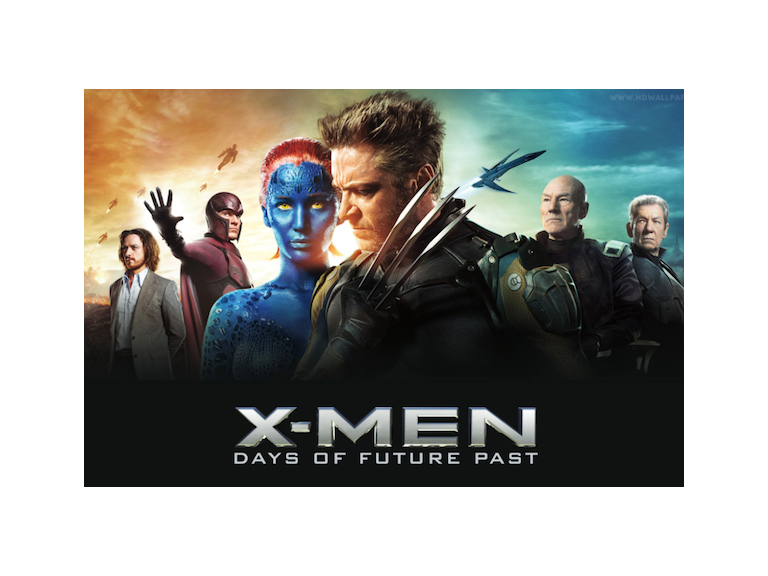 We finally got to go see X-Men Days of Future Past at Cineworld Shrewsbury after a week of non stop hectic-ness. And it was worth the wait....

Bear in mind, that I am a bit of a sci-fi geek. If you're into romantic art house films, preferably in another language, the latest X-Men may not float your boat.

I still prefer the first two X-Men movies though. Maybe it was just that they were so novel, whereas now we've seen most of the characters before. But the earlier ones were pretty action heavy, whereas Days of Future Past is not. There are amazing action scenes, but there's so much plot and confusion, the characters basically need to talk a lot.

Back to the future

The time travel story sees much of the story set in the 70s with the X-Men First Class guys. Wolverine is sent there by the Sir Patrick Stewart's Professor X to sort some stuff out. So it's almost a Wolverine movie, which isn't a problem. It certainly wasn't a problem for Emma, who seemed very happy about seeing Hugh Jackman's naked bottom....

Blink and you'll miss it

New X-Men characters were introduced, the best of which by far was Blink. There is a super cool scene with him moving bullets in the air he can move so fast. But it is really Hugh Jackman, Jennifer Lawrence and James McAvoy's film. And the universe they've created under Bryan Singer's direction will do me.

Will definitely be up for the next one. Although a less confusing plot and premise wouldn't go amiss.