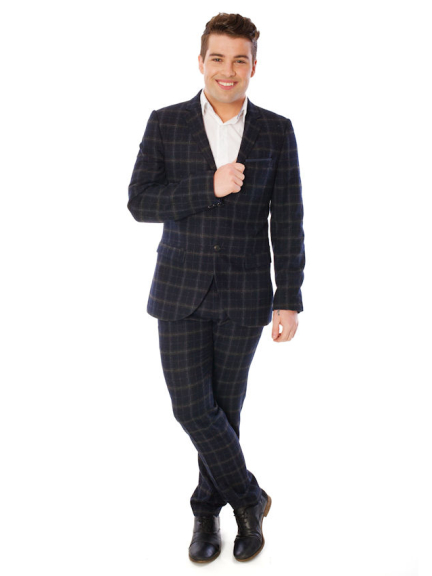 The only X Factor contestant to address the Oxford Union, million selling recording artist and celebrity ski jumper Joe McElderry is set to stun Shropshire audiences when he visits Theatre Severn later this year, and his show promises something for all musical tastes.

Joe McElderry first came to the nation’s attention when he wowed judges of the X Factor when he auditioned with Luther Vandross’ Dance with My Father. He was mentored by Cheryl Cole and was highly commended by both Whitney Houston and George Michael, Joe went on to win the popular show with his version of Miley Cyrus’s ‘The Climb’.

Four years later Joe returned to our screens when he appeared in TV show ‘Popstar to Operastar’. His performances of classical arias, such as Granada and Nessun Dorma, were a huge hit with audiences and he went on to win the show with a landslide victory.

Shropshire Audiences can expect a mixture of X factor style pop tunes, romantic ballads, and powerful operatic arias when Joe and his four-piece backing band bring their ‘Set Your Soul Alive’ to the county venue this September.

Pip Bayley from Theatre Severn said ‘Joe’s fan base is so wide, he appeals to audiences of all ages. The show promises to be a real musical journey, I’m really excited about seeing what Joe can do, I am sure we are in for a few musical surprises, I can’t wait! ‘

Joe McElderry will be appearing at Theatre Severn on Friday 5th September. Tickets are available via the website or by calling the box office on 01743 281281.