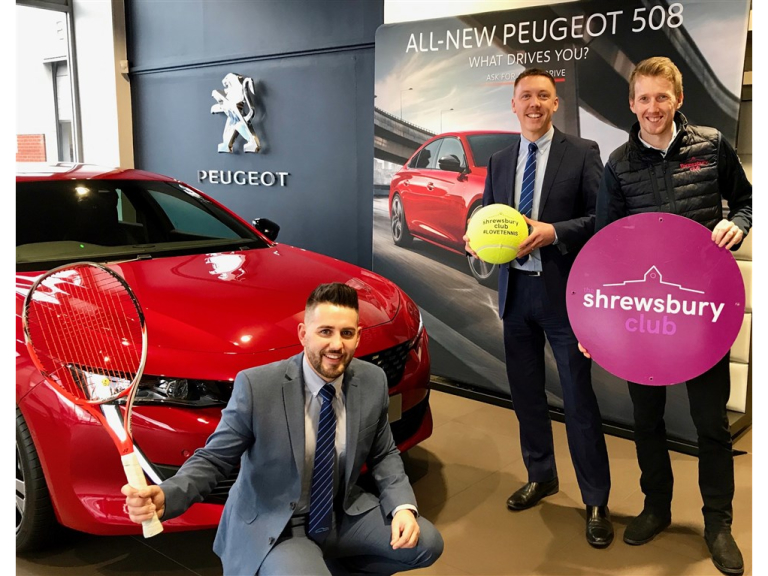 Next month’s World Tennis Tour women’s tournament at The Shrewsbury Club will have a local sponsor after Shropshire car dealership Budgen Motors pledged its continued support.

British and international tennis stars, expected to include players currently ranked in the world’s top 100, will compete in the high-profile $60,000 event between February 11-16.

Dave Courteen, The Shrewsbury Club’s managing director, said: “We are delighted that Budgen Motors, a renowned Shropshire company, are supporting this prestigious tournament.

“It further strengthens our excellent relationship as they are key supporters, not only when it comes to staging professional tournaments which brings world class sport to Shropshire, but they also support the popular tennis programmes we run in local schools.

“Outside of the grass court season and the Fed Cup, this will be biggest women’s tennis event in the UK this year.

"As it's a higher profile tournament, there’s more cost involved in terms of sponsorship, so we appreciate having a local company backing a world tour event.

“We are really excited to be hosting the Budgen Motors World Tennis Tour W60 Shrewsbury tournament. Hopefully lots of local people will come along to enjoy the event."

James Martin, the managing director of Budgen Motors, which has dealerships in Shrewsbury and Telford, added: “This tournament will be fantastic for the town and local community. It’s a great opportunity for Shropshire people to watch world class tennis so close to home.

“We are proud to be involved with The Shrewsbury Club and delighted to be supporting them in staging such an illustrious event.

“We will also be providing the players and officials with transport to take them to and from their hotels to The Shrewsbury Club."

There will be free admission for spectators to the first three days of the tournament, with tickets now available to be purchased from the quarter-finals onwards.

A number of hospitality events, with tickets also now available, have been arranged throughout the week.

They will be held in a heated marquee before guests move into the club to watch the tennis at the Sundorne Road venue’s indoor courts.

The main draw will be conducted on Monday, February 11 during a family-orientated event which will run between 6-9pm. It will feature live music, street food, a chance to meet the British players for autographs and photos, and an opportunity to take part in interactive tennis games and activities.

A special love tennis evening will be held on Valentine’s Day, Thursday, February 14, from 6-10pm, which will include a welcome drink, food, live music and stadium seats for the pick of the evening quarter-final ties.

A business networking event between 6-10pm takes place the following evening, also featuring food, drink, live music and this time semi-final action, before an exciting week draws to a conclusion with a VIP lunch from noon on Saturday, February 16 ahead of the singles and doubles finals being played.

For more details of all the events and how to purchase tickets, visit www.theshrewsburyclub.co.uk or www.shropshirefestivals.co.uk and click on the world tour tennis button.