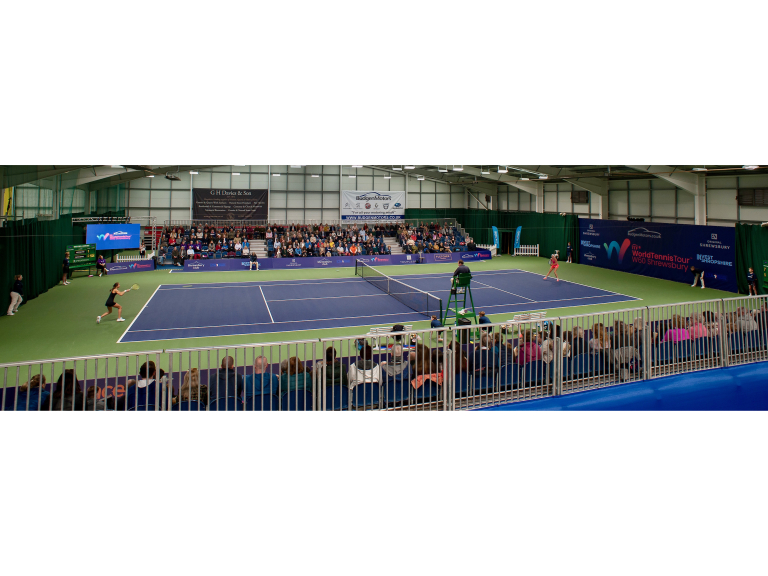 Top players from around the world will compete to lift the Citroen Trophy when a leading international women’s tennis tournament returns to Shropshire next year.

The Shrewsbury Club has been chosen by the Lawn Tennis Association to host a prestigious $60,000 event for the second year in a row, after successfully staging the tournament in February.

Outside of the grass court season, it will be the biggest women’s tennis event in the UK in 2020.

The event is part of an expanded international calendar of tournaments being staged by the LTA in Britain next year, providing a showcase for tennis outside of the traditional summer grass court season and opening up the sport to more fans around the country.

Dave Courteen, the managing director of The Shrewsbury Club, is delighted that the high-profile tournament, expected to feature players currently ranked in the world’s top 100, is heading back to Shrewsbury.

He said the sponsorship support of Citroen and Shropshire car dealership Budgen Motors is hugely significant in being able to bring world class sport to Shropshire once more.

“It’s a real coup to bring this exciting event back to Shrewsbury,” he said. “It's because of the support of our sponsors as without their backing, we would not be able to attract tournaments like this to Shrewsbury.

“We are delighted that Citroen are coming on board to support Budgen Motors, who remain event sponsors. The players will be competing for the Citroen Trophy, a new trophy which will be specially commissioned.

"It’s a great credit to the town of Shrewsbury that the LTA can see just how much local people get behind the tournaments that we stage at The Shrewsbury Club.

“It’s also a great credit to Tennis Shropshire for the amount of work they put in alongside us to make the tournaments as successful as they are, while it’s also fantastic for the local companies and businesses that support us."

He added: “We are now working closely with the LTA to make sure this is an event that encourages people to play tennis, as well as to watch tennis.

"We will be working with other tennis clubs around the county and with Tennis Shropshire to promote courses which people can sign up for to begin to play tennis.

“We also have many events lined up to run alongside the tennis, including a new family fanzone day, which will be held on the day the tournament’s semi-finals are played, which will be a Saturday.

“It will be a fun event featuring lots of interactive games, including fastest serve, and will give children the chance to hit with some of the leading players on court.”

Russian ace Vitalia Diatchenko, currently ranked 91 in the world, was crowned singles champion at The Shrewsbury Club earlier this year, beating Belgian star Yanina Wickmayer, once ranked as high as 12, in a high-quality final enjoyed by a capacity crowd of around 500.

“It’s always difficult to predict just who might enter this time,” said Dave. “But with this level of tournament, we would expect to have players currently within the top 100 in the world taking part.

“We would also anticipate that the seeds would be players regularly appearing in the main draw of Grand Slam events.

“The LTA have timed this tournament to suit the schedule of the British players, so we are hopeful a number of British players will be competing in Shrewsbury as part of their build up to the Fed Cup.”