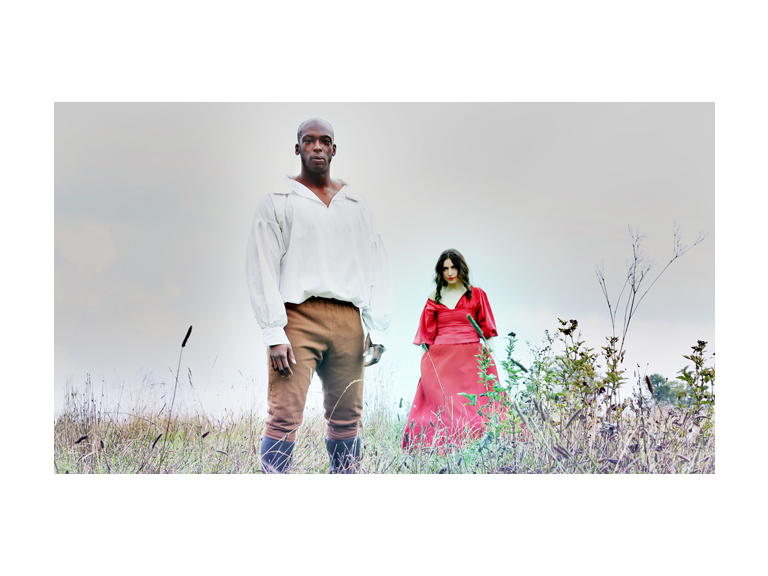 Last night I enjoyed the sweeping tale of the classic Wuthering Heights at Theatre Severn in Shrewsbury, and it took me right back to my A Levels.

This performance of Emily Brontë's Wuthering Heights was adapted and directed by Helen Tennison and produced by The Rosemary Branch Theatre & Tennison’s Quirk In association with Guildford’s Yvonne Arnaud.

The play was billed as showcasing "a vivacious, contagious love. Passion that lives beyond death."

And as being a "bold" new adaptation of a classic love story with "powerful acting, original score and beautiful, visual design orientated storytelling."

I can confirm that the play was all of these things - an excellent version of the well known story which took its captive audience on a journey through the lives of the main protagonists.

The acting by the main group of six performers was very acomplished and all held together by the comforting narration of Nelly Dean. Cathy was played beautifully, and her manic personality was conveyed very well.

The set was simple but stylish and the use of light and shadow to assist in the storytelling was beautiful and dramatic as well as subtle. The death of Cathy was neatly done and most effective and really quite emptional after enduring the harrowing tale which had unfolded before us.

A beautiful original score also helped to take the audience to the moors and created an appropriate mood and mystery. My husband even expected a burst of Kate Bush!

The recurring themes used to convey messages such as the bird's feathers and the repetition of actions and movements helped to tell the story and I felt I knew it better sat in the dark in Theatre Severn last night than I did as an eighteen-year-old studying the novel for A level.