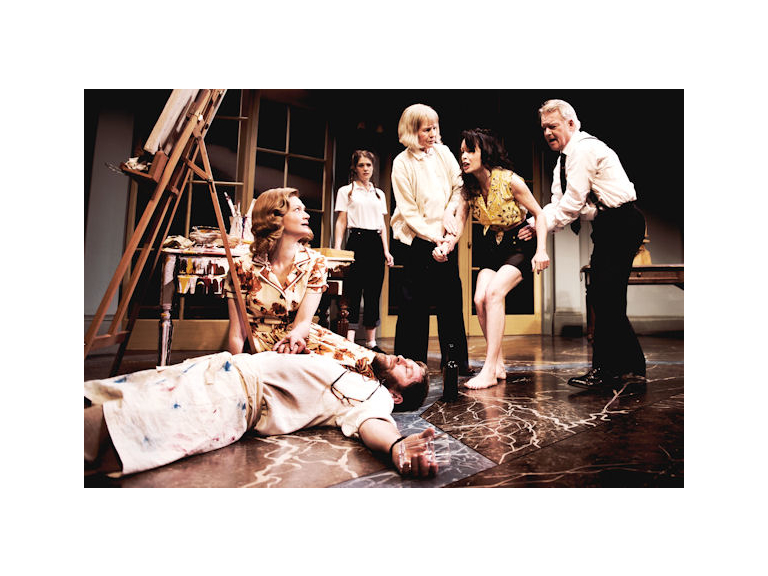 Win a pair of tickets to the latest Agatha Christie drama at Theatre Severn in Shrewsbury.

From the Official Agatha Christie Theatre Company, Go Back for Murder is currently on a UK wide tour.

A heavyweight cast star in Go Back for Murder, with prolific stage and TV credits including:

The story goes that Carla Le Marchant has to live with a disturbing family secret; her mother, Caroline Crale, died in prison while serving life for killing her husband.

But on finding a letter in which Caroline claims that she's innocent, Carla becomes obsessed, determined to clear her mother's name.

Enlisting the help of Justin Fogg, the son of Caroline's defence lawyer, Carla tracks down a number of people from her mother's tragic past, only to uncover a shocking truth.

Suspects, secrets, and suspense abounds in this new production of Go Back for Murder which follows the hugely successful The Hollow, The Unexpected Guest, And Then There Were None, Spider's Web, Witness for the Prosecution, Verdict, and Murder on the Nile.

A classic 'Whodunit' packed with intrigue, murder and suspense and one of over a dozen plays from the pen of the great Dame Agatha Christie.

Go Back for Murder was adapted by Christie in 1960 from her novel Five Little Pigs, editing out the legendary detective Poirot for the stage version. Christie has sold over 2 billion books and is outsold only by the Bible and Shakespeare.

The  bestof Shrewsbury is giving away a pair of tickets to see Go Back For Murder at Theatre Severn in Shrewsbury on Thursday, 18th July at 7.30pm.

To be in with a chance of winning you need to go to www.thebestof.co.uk/local/shrewsbury and sign in and then email shrewsbury@thebestof.co.uk and anwer this question

Q) What is the name of the theatre company performing Go Back For Murder.

Mark your email Go Back For Murder Competition and supply your full name and phone number by noon on Tuesday 16th July.