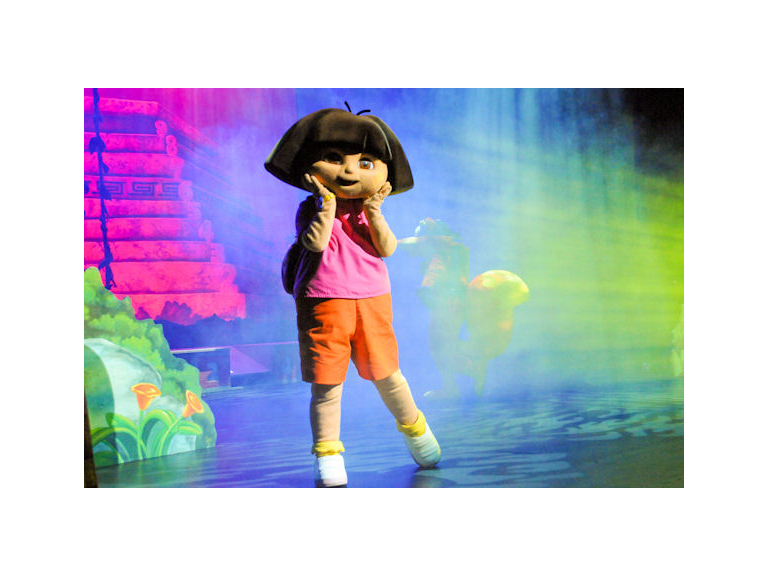 The bestof Shrewsbury has teamed up with Theatre Severn in Shrewsbury to offer FOUR family tickets to see Dora the Explorer!

Now seen by over two million people, this live musical adventure, which brings the popular children’s show to the stage will be at Theatre Severn from Tuesday 14 to Thursday 16 May.

Dora the Explorer fans will delight in this two act, song and dance spectacular that invites them to think, sing and play along.

Nickelodeon’s Dora the Explorer LIVE! is designed to teach kids to explore, communicate, overcome obstacles, solve puzzles and discover a diverse and exciting world…all while having a lot of fun! Everyone’s favourite explorer is embarking on a LIVE musical adventure touring the UK.

In Nickelodeon’s Dora the Explorer LIVE! Search for the City of Lost Toys, Dora has lost her teddy bear Osito, and the search is on to retrieve him.

With the help of the audience, Map, Backpack, Boots, Diego and their courageous friends, Dora uses her map-reading, counting, musical and language skills to successfully pass through the number pyramid and the mixed-up jungle to reach the City of Lost Toys.

But watch out - you never know what that sneaky fox Swiper might be up to along the way! One of the channel’s most beloved shows, Dora the Explorer airs every day on Nick Jr. at 8:30am 11am and 4.30pm, with brand new episodes in March and June.

The series sees Dora partake in adventures in her imaginative, tropical world filled with jungles, beaches and rainforests.

Dora explores her world just as children do every day, and the show is designed to actively engage its audience using a variety of learning techniques.

Award-winning Dora the Explorer currently reaches more pre-schoolers than any other show on television (12.4 million).

For your chance to be in with a chance of winning one of four family tickets (two adults and two children), just answer this question:

On which TV channel does Dora appear?

Send your answer by email to shrewsbury@thebestof.co.uk by noon on Friday 10 May.

In the subject of your email put: Dora Competition and send you name and contact phone number.

Good luck! To book tickets to see Dora the Explorer Live, or any other tickets at Theatre Severn, call 01743 281281 or visit www.theatresevern.co.uk