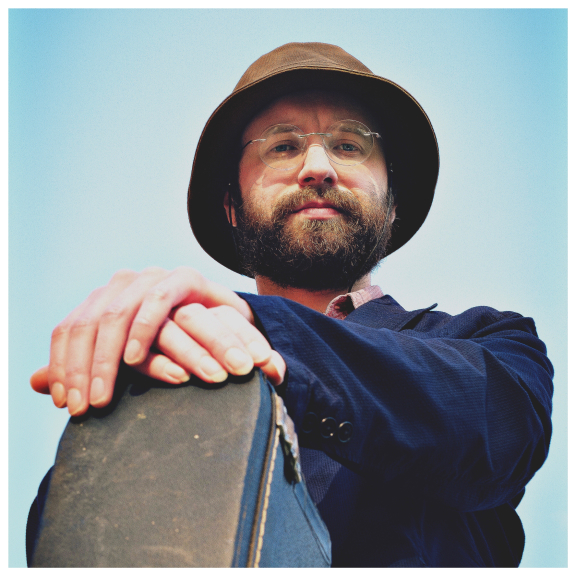 Recorded, mixed, and produced at home by Whyte during the winter 2020/21 lockdown, the collection presents ten instrumentally spartan and succinct songs anchored in classical guitar and voice, with the odd drizzling of peripheral synthesizer, glockenspiel, and percussion.

He said: “Delivered in a rhyming Chanson style, my aim was to reduce everything down to the essentials: guitar, voice and a potent lyrical story. Aside from the usual staple of influences including Leonard Cohen, Lou Reed and Jonathan Richman, I immersed myself in the various manifestations of the troubadour, singing poet traditions from around the world, the artists of which include: North America’s Blind Willie Johnson and Mississippi John Hurt, Cuba’s Silvio Rodriguez, Brazil’s Chico Buarque, Japan’s Tsunekichi Suzuki, Cameroon’s Francis Bebey, and French legends Georges Brassens and Jacques Brel. The songs sometimes border on the surreal, but at the same time I hope, retain a sincerity at their core. Despite everything being off-kilter and chaotic in the outside world, I found myself in the perfect environment locked down at home to record this album.”

Wallflower Swan Songs will be released independently and available through all digital platforms on 10 June. It may also be pre ordered on Bandcamp at https://vincentwhyte.bandcamp.com/ or via Vincent Whyte’s Facebook page https://www.facebook.com/vincentwhytemusic/

The track listing is as follows:

5 I'm Never Talking to You Again

6 The Twins from The Shining

7 On Isles of Cloud in Veil of Vapour

8 In the Roadside Foxhole

Thursday 10 June – The Loft at The Old Post Office, Shrewsbury

A UK tour is being organised for autumn 2021.

Two songs from Wallflower Swan Songs may be viewed on YouTube:

1 I’m Never Talking To You Again HERE and

How full is your toxin bucket?