The private client team at a leading Shropshire law firm has been strengthened.

Three new members of staff have joined Wace Morgan Solicitors of Shrewsbury, bringing the total number of employees at the business up to almost 100.

Alana Graham is Wace Morgan’s new private client barrister. After being called to the Bar of England and Wales and completing her training, she worked for a firm of accountants, an inheritance tax planning company and then a legal firm before returning to independent practice.

Alana explained that she now has her own chambers but under new rules was also allowed to work for Wace Morgan.

“I will be advising companies on tax and tax planning and private individuals on tax, wills and trusts, acting under the public access scheme. I also regularly appear before courts and tribunals representing clients,” she said. 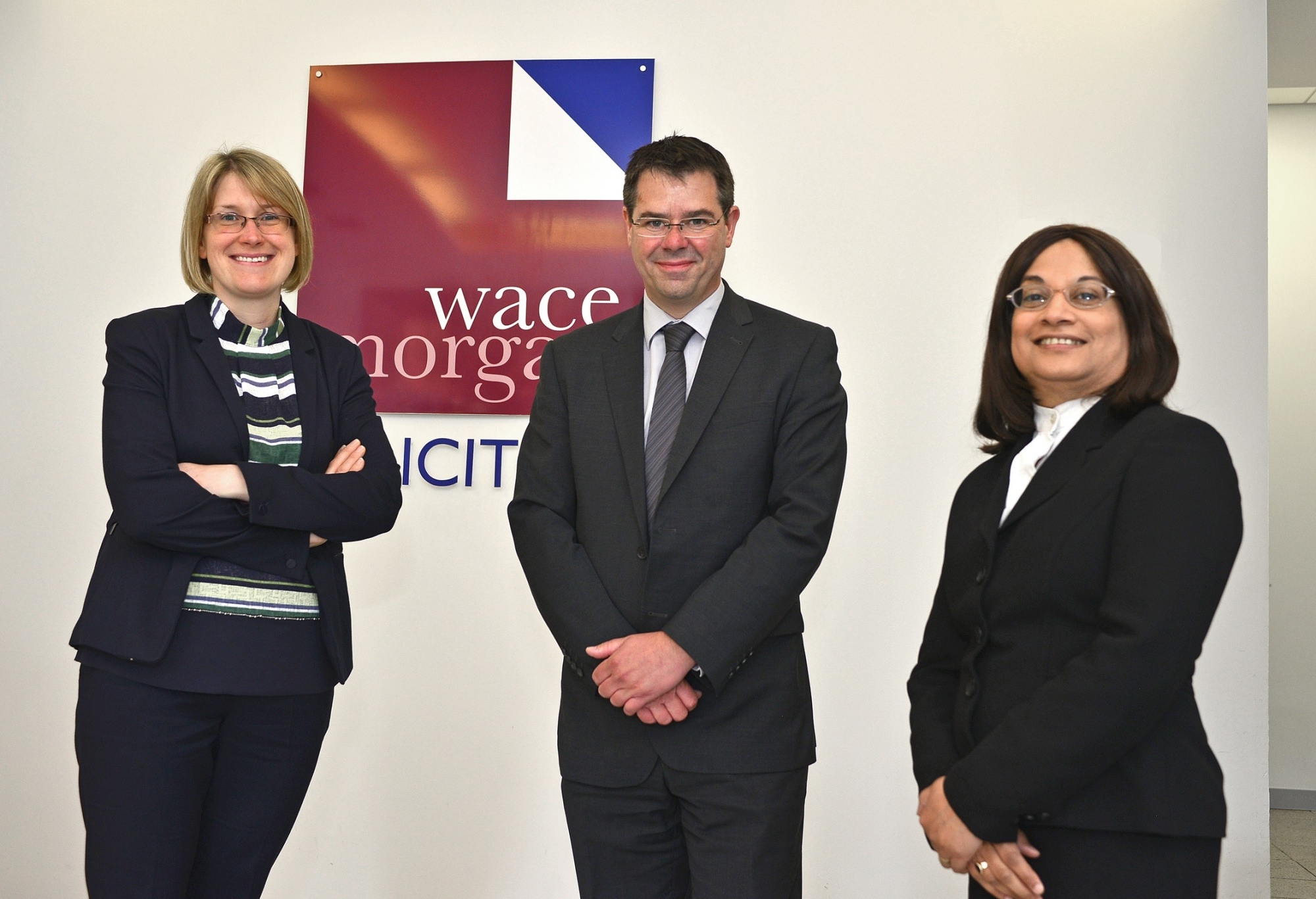 Sinéad Rickard joins Wace Morgan as a new senior private client solicitor. Her first job in the legal profession was at the firm’s Shrewsbury ‘law shop’ in 2001 as a legal executive before moving to Kent where she worked for a large Legal 500 company, qualifying as a solicitor.

Since her return to Shropshire in 2009 she has been employed by several large firms, always specialising in private client work, particularly agricultural land and businesses issues where she advises farmers and company owners on tax planning and the administration of estates.

“It is really lovely to be back at Wace Morgan and to see so many friendly and familiar faces here,” Sinéad commented.

David Lane, who specialises in wills, trusts and probate, has been recruited as a chartered legal executive, moving from a Staffordshire law firm.

He said: “With Wace Morgan’s solid reputation in Shrewsbury and the surrounding area, I am extremely proud to join their highly regarded private client department and look forward to being part of a team that is clearly focussed on delivering outstanding service.”