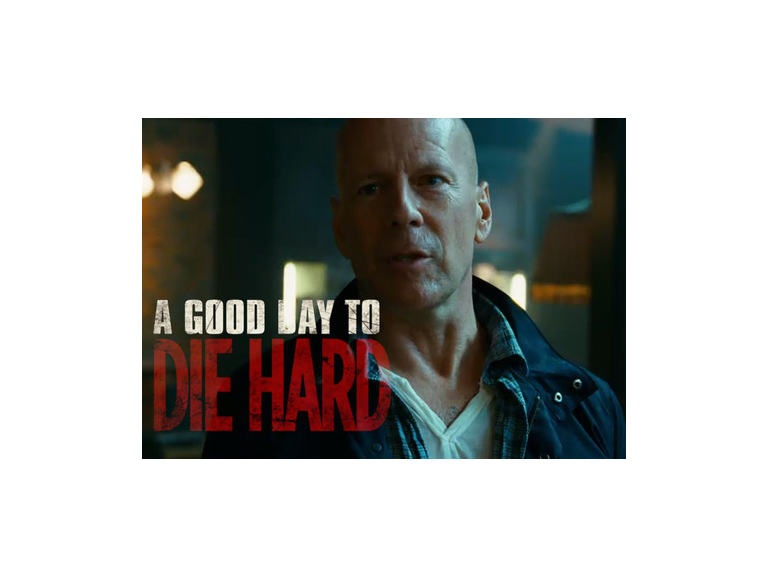 This Valentine's Day, instead of going for dinner or cosying up on the sofa  - my boyfriend and I ventured to the cinema at Cineworld in Shrewsbury to spend an action - packed night with Bruce Willis and co.

The fifth film in the Die Hard franchise (yes fifth! I couldn't believe it either) is directed by John Moore and stars the inimitable Bruce Willis along with Jai Courtney as his son, John Jnr, Sebastian Koch, Mary Elizabeth Winstead, Yuliya Snigir and Sadivoje Bukvic.

Although Bruce is now in a different decade of his life and has rather less hair since he first appeared as John McClane (it was 1988!), in his cotton vest and fought Alan Rickman’s West German terrorist,this film admits the world has changed in the last quarter-century.

The film is set almost entirely in Russia, which gives the film a foreign and dark twist from the outset - this time, it is McClane who is the funny-voiced foreigner.

John Snr arrives in Moscow to hunt for his estranged son Jack, only to their relationship is in dire straits with Jack only referring to his long lost dad as 'John'.

It transpires that Jack is in fact working undercover for the CIA, and Dad blunders in on him mid-mission. Jack is smuggling a dissident (Sebastian Koch) out of prison so he can unearth some files needed for a major corruption trial. and soon enough, two generations of McClanes are being chased around town.

Now, I watched the review of this film on Film 2013 on the BBC the night before I saw it myself. And I pretty much disagree with everything the TV duo said. The Die Hard series showcases action at it's best, with splatterings of humour from the purse lipped Bruce. They said this film contains one decent one liner. I disagree - there were dozens.

And though Bruce had aged 25 years and a white vest which gets grubbier by the scene may not be age appropriate, he has STILL got it. Die Hard 5 is no aging Indianna Jones flick. Somehow, Bruce is still totally believeable as John McClane and the new setting coupled with the new pairing of his buff, hunky, errant son made the film totally plausible in my opinion.

There is less intrigue than say the Bourne trilogy (pre -change of Jason) but there are still twists, and quite frankly this film is all about the epic car chases, helicopter fights and gun scene's. It doesn smach new ground, but the action is directed well and you do find yourself willing the pair of heroes to outrun the baddies, and indeed rekindle their father son relationship.

I enjoyed my Valentine's night immensely! Make sure you see this on the big screen at Cineworld Shrewsbury over the next few weeks, because yes, a Die Hard 6 is on it's way! Book by calling Cineworld on 0871 200 2000 or online.