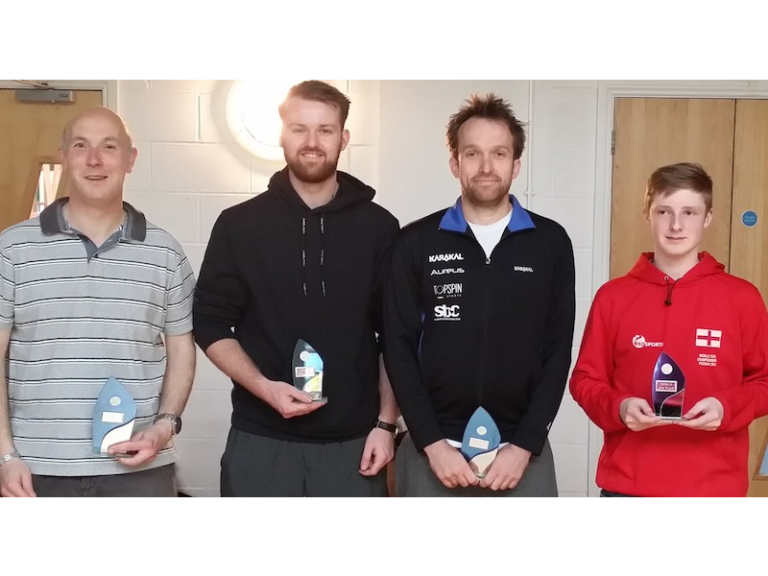 Competitors who took part in the first Shropshire Open on the UK Racketlon Tour, a multi-sports event, hailed the quality of the tournament and The Shrewsbury Club as a host venue.

Players travelled from far and wide to take part in tennis, table tennis and badminton at the Sundorne Road club while squash was played at nearby Shrewsbury Squash Club's courts.

Each match in Racketlon - a sport becoming increasingly popular - consists of games up to 21 points in each of the four events played consecutively, with the winner being the player who has gained the most points in total.

First time tournament director Paul Mathieson, a member of The Shrewsbury Club, said he was delighted with the feedback.

He added: "I couldn't have been any happier with how it all went and the feedback from the players was tremendous. Many of them said it was the best tournament they've been involved with for a long time.

"They were impressed with the facilities and it was pleasing to attact a high quality field including the world number three. I think it was telling that everyone stayed to enjoy the presentation ceremony which is not always the case."

The venue may have been new for Racketlon, but the results in the Elite draw were familiar, with Duncan Stahl (men’s A) - victorious for the fifth successive time on the tour - and Hannah Boden (women’s A) taking the day's top titles.

It was a novelty for the players to attend an event with split sites and organisers were grateful to local company Budgen Motors for providing a chauffeur-driven car to ferry players between the two venues.

The main local success story came in the men's B event, which featured the UK Tour debut of Australian international Leigh Sands, but it was a pair of brothers, Sam and Tom Lees, originally from Shrewsbury, who led the way as, straight from the start, they looked unstoppable.

Sam initially got the better of The Shrewbury Club's director of tennis Nigel Hunter, an England over-35 international, while Tom dismantled the game of James Pope.

The brothers progressed through the draw as Tom eased past tournament director Mathieson and Sam was made to work a little harder by Dylan Leigh.

They eventually went head to head in the second semi-final, with Sam claiming the spoils on his way towards securing eventual victory.