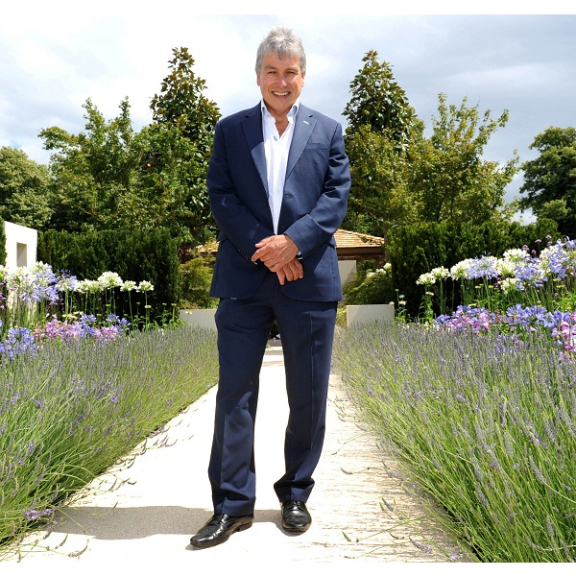 Mr Inverdale, the regular presenter of Today at Wimbledon who also fronts the BBC's Six Nations Rugby coverage, will be appearing at The Shrewsbury Club on Friday, September 19.

Stories of his career

He will share stories of his career as a broadcaster which has brought him into contact with some of sport's biggest names.

As an added bonus, Michael Downey, the chief executive of the Lawn Tennis Association, will also be at the Sundorne Road venue to hold a question and answer session with guests at the sporting dinner.

The event will be held the night before the final of the Aegon GB Pro-Series Women's tournament at The Shrewsbury Club which starts on Sunday, September 14.

Dave Courteen, managing director of The Shrewsbury Club, said he was delighted to have secured two such high profile guests and has urged local people to snap up tickets to the event as soon as possible to avoid disappointment.

He added: "We have held successful sporting dinners in the past and are really pleased to have attracted someone of John Inverdale's calibre.

"He's a well known face on our television screens at many leading sporting events and he will have lots of entertaining stories to share with our guests.

CEO of the Lawn Tennis Association

"We are equally delighted that Michael Downey, the CEO of the Lawn Tennis Association, will be joining us. It's a real coup to have Michael coming to see us in Shropshire and he will hold a question and answer session with guests before John talks.

"It's an exciting double bill of speakers and it will be a really enjoyable night. Tickets are selling well so early booking is recommended."

Tickets are priced £35 each which include a sumptuous three-course meal plus coffee and a welcome drink while tables of 10 are also available priced £350 including two bottles of wine on the table.