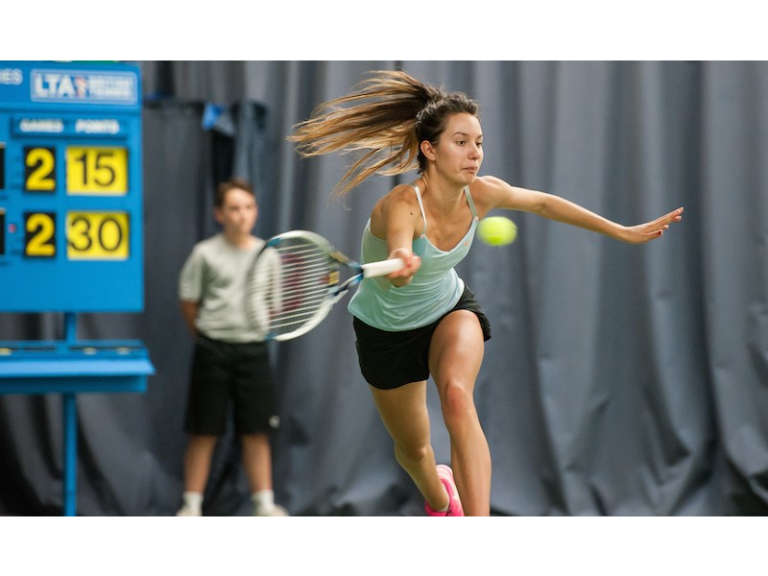 Rising stars of international tennis will return to Shropshire next year after The Shrewsbury Club beat off strong nationwide competition to be selected to host two top tournaments.

The Sundorne Road venue, a popular stopping off point with players on the International Tennis Federation tour, has again been chosen to stage prestigious Aegon GB Pro-Series events for both men and women.
The men's tournament, upgraded from a $10,000 to a $15,000 event, will take place in Shrewsbury between March 22 and 28, with the $25,000 ladies tournament to follow later in the year from November 14 to 21.
Dave Courteen, managing director of The Shrewsbury Club, said he was delighted that the two tournaments, which are getting bigger and better each year, are again returning to the county town.
He added: "The whole Aegon Pro-Series programme across the UK has been significantly reduced due to the lack of emerging British players forcing the LTA to pull a number of tournaments.
"We thought the tournaments might get spread across venues throughout the country as there is a lot of demand from tennis centres to host such events.
"But with the reputation that we've built of hosting good tournaments and making the players and officials feel welcome, it's resulted in us landing two tournaments once again.
"It's an added bonus that we've got a $15,000 men's event as that means officials and referees will be here in Shrewsbury earlier because it's a more prestigious tournament.
"That's great for the town as it means there's more accomodation needed and more opportunities for local businesses.
"The 2015 tournaments are not just going to be about people coming to the club to interact with the tournament - we're going to take activities around the two weeks out and about into the town."
Kirsten Henly, Shrewsbury BID manager, said news that the two top tennis events were returning to the town was a boost to the Shrewsbury economy.
She added: “It’s fantastic that Shrewsbury has nationally recognised facilities and expertise to attract this type of high profile sporting event, which of course provides ample opportunities for town centre businesses, including restaurants, hotels and retailers.
"We’re looking forward to seeing the tournaments next year and how they will be able to help promote the town and what it offers.”
Crowd numbers for the tournaments have increased year on year with local tennis fans embracing the opportunity to see rising stars from across Europe in action.
German star Sabine Lisicki, who has since played in the ladies singles final at Wimbledon, plus British aces Laura Robson and Heather Watson have all competed at The Shrewsbury Club in the past while Dan Evans is among the previous winners of the men's tournament.
Swede Isak Arvidsson won the men's tournament in Shrewsbury last March, beating Finland's Micke Kontinen in the final.
French teenager Oceane Dodin, who has since rapidly climbed the world rankings, overcame highly rated young German Carina Witthoeft, now ranked 105 in the world, in the final of the women's event in September, a high quality tournament which featured eight players in the world's top 200.
It also attracted a visit from Michael Downey, the man running tennis in this country as the chief exectutive of the LTA, and he was impressed with the facilities on offer at The Shrewsbury Club.
He said: "It's bringing world class tennis to the county. It's great they're doing it and it's a great facility."
More