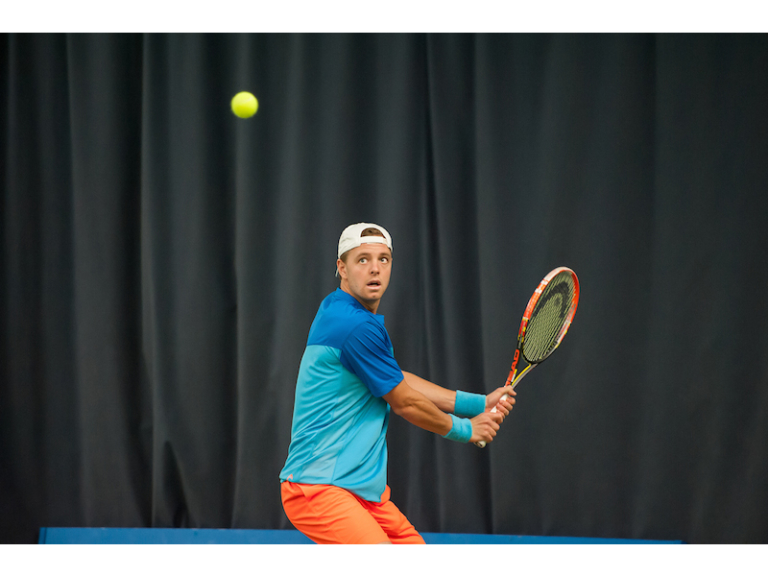 There was a major shock in the first round of the Aegon GB Pro-Series men's tennis tournament at The Shrewsbury Club as top seed Jan Mertl suffered an early exit.

The experienced Czech, ranked just outside the top 200, was beaten in straight sets by Austrian Maximilian Neuchrist 6-3, 6-4.

A good-sized crowd watched the drama unfold at The Shrewsbury Club with admission to the Sundorne Road venue free throughout the week.

Neuchrist, 23, from Vienna, was delighted with his performance in only his second appearance as a professional in England and now looks forward to facing British player Joe Salisbury in the second round today.

"It was a pretty good win because in the last few tournaments I've struggled a lot of times and had some early exits," said Neuchrist.

"I never had the feeling that I was playing on my limit and in this game I got some chances.

"He struggled with the conditions a little bit because he came here from Switzerland where he won a tournament last week so he was pretty confident.

"But I took my chances, held serve, and there were almost no break points for him except in the first game so it was a straight sets wins and I'm really happy with it."

Neuchrist, currently ranked 515 in the world having been as high as 310 last summer, now hopes to build on his impressive victory against Mertl.

He added: "I'll just play match by match, try and play at a decent level, be consistent and get as far as I can."

Former World Junior No 1 Filip Peliwo, the fifth seed, was another first round casualty, the Canadian losing in three sets to Brit Luke Bambridge 7-6, 1-6, 6-3.

Bambridge's reward is a second round clash today against German Jan Choinski.

But Dutchman Antal Val Der Duim, the No 2 seed, had no such problems easing through to round two as he swept aside Amercian qualifier Michael Grant 6-1, 6-3.

Van Der Duim, ranked 227 in the world, will take on Brit Tom Farquharson in round two today.