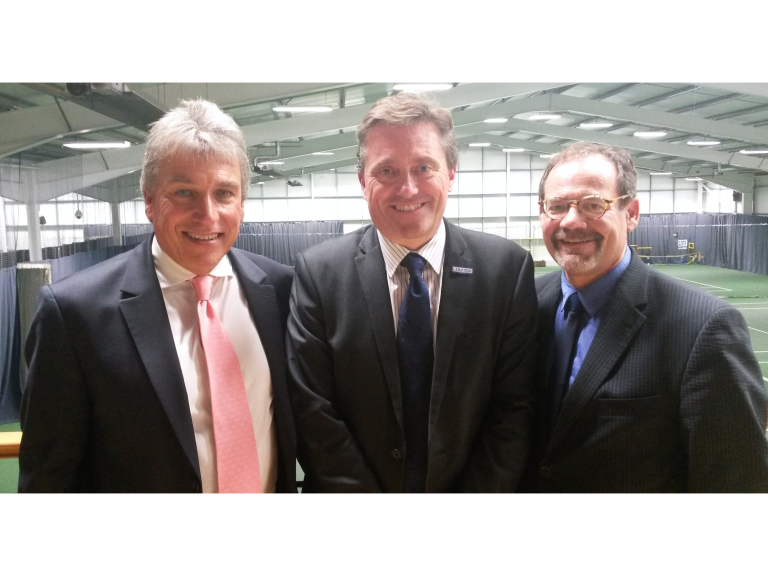 An impressive double bill of guest speakers attracted a full house to The Shrewsbury Club for a hugely successful sporting dinner.

The Sundorne Road venue were also delighted to welcome Michael Downey, the chief executive of the LTA, and he shared his vision for the future of tennis in this country during an enlightening question and answer session.

The event was held on the eve of the final of the 25,000 dollar Aegon GB Pro-Series tournament featuring a host of rising stars of European women's tennis which The Shrewsbury Club once again successfully staged.

Dave Courteen, the managing director of The Shrewsbury Club who also acted as master of ceremonies, hailed the sporting dinner as a big success.

"It's the third one we've hosted and it was a brilliant night," he said. "It was a real coup to have Michael Downey with us given he has such a high profile role at the LTA having moved over from Canada. It was fascinating to hear him talk with such passion about the future of tennis in this country.

"John Inverdale has been a well known face on our television screens for many a year and he captivated the audience with a very entertaining speech. We were delighted to have him with us.

"It was a great night, good fun, and that's what being part of The Shrewsbury Club should be about. It's what we're here to do."