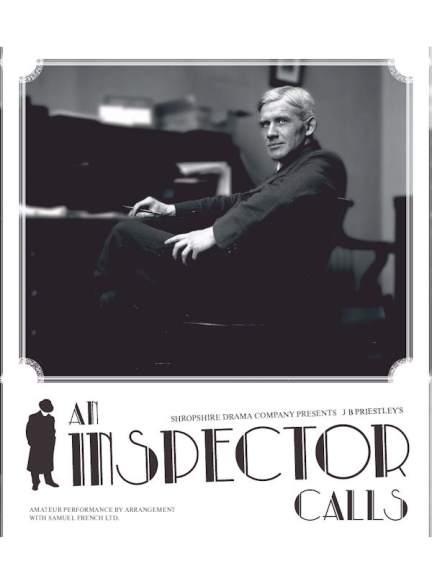 Directed by Rosalind Garrard the performances will take place from 23 - 25 May at Theatre Severn’s Walker Theatre, Shrewsbury.

Enjoying a celebration dinner party in early April, an unremarkable middle class family receive an unexpected visitor, who brings information which involves everyone present in a deeply disturbing way.

They are left with many questions - about themselves, their visitor and what has actually happened. Commenting on An Inspector Calls, probably the best known of JB Priestley’s ‘time-plays’.

Rosalind Garrard said: “Set in 1912 during the ‘calm before the storm’ of the First World War this thought-provoking play was actually written over 30 years later and premiered in October 1946 .

The first audiences saw it with eyes fresh from their Second World War experiences and with a clear understanding of how a complacent world can be changed forever by sudden, cataclysmic events. Priestley’s skilful writing ensures that An Inspector Calls, although firmly set in its period, still has relevance and can raise questions for all of us."

Tickets for An Inspector Calls are £12 and £10 (concessions) and available through the Theatre Severn box office on 01743 281281. and online at www.theatresevern.co.uk.