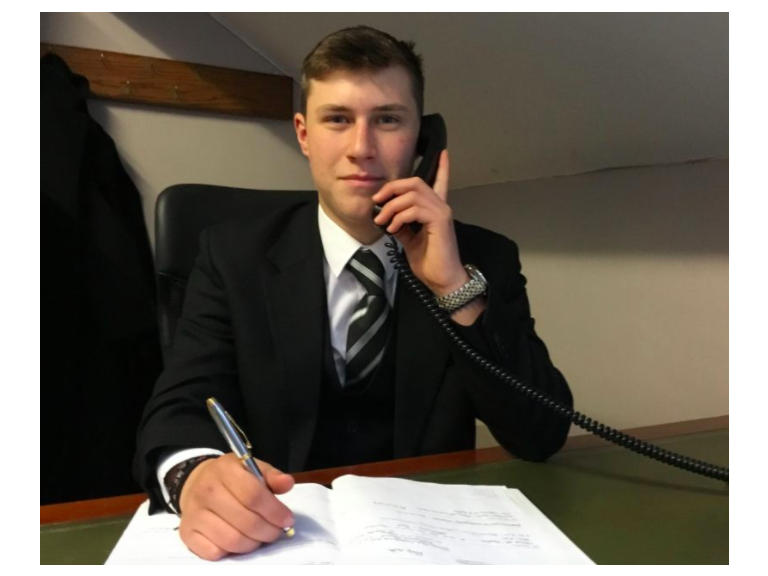 A long-standing firm of funeral directors has expanded its team with the appointment of a third-generation family member.

Aubrey Kirkham Funeral Directors, which has bases in both Shrewsbury and Four Crosses, was set up in 2000 by Aubrey and his wife Ann.  Their elder daughter Leanne Kirkham-Garvey joined in 2002 and is now one of only a few fully-qualified female funeral directors in the region, as well as a trained embalmer and holder of the Diploma in Funeral Directing.

The couple’s youngest daughter Selina joined in 2015 and administers the firm’s pre-payment funeral plans as well as handling all other day to day duties in association with the funeral arrangements, design and printing of Orders of Service.

Now joining the family team is 17-year-old Joshua Garvey – eldest son of Leanne and grandson of Aubrey and Ann. Coming on board as an Apprentice through Shropshire County Training, Joshua will spend the next two and a half years gaining valuable experience across all areas of the business – and wider industry – and will have the opportunity to work within larger city-based funeral firms to broaden his knowledge of the profession.

Aubrey commented: “We’re absolutely delighted to welcome Joshua to the team, and are so proud that he’s chosen to follow in the family footsteps.  As a business, we care passionately about supporting families through the most difficult of times in the most considerate and respectful way, and our continued focus on genuine family values has been the very backbone of this. Having Joshua as part of our family business is such a wonderful milestone, and we very much look forward to supporting him on his exciting journey.”