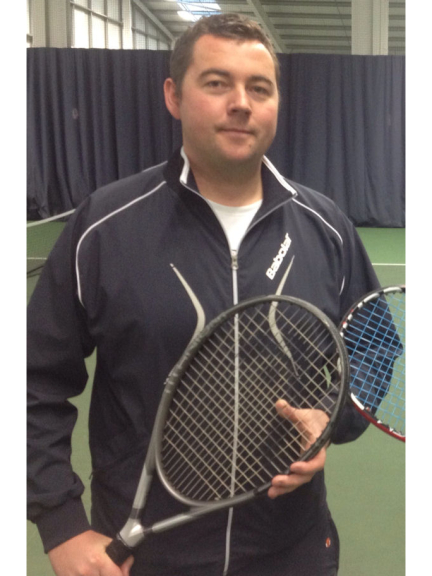 The Shrewsbury Club's men's tennis team have served up a treat by booking their place in the finals of the National Premier Indoor Tennis League for the first time in the competition's 12 year history.

They are now looking forward to taking their place as one of the top 16 teams in the country at the prestigious event to be held at the Sunderland Tennis Centre next week.

The leading teams nationwide will compete in the north east between March 27-30 with The Shrewsbury Club drawn against London club Chandos in the first round.

"This is the highest standard of team tennis in the UK," said Nigel Hunter, the Director of Tennis at The Shrewsbury Club.

"We qualified by coming second in the Midlands region, winning seven of our eight games, beating the likes of Edgbaston Priory and the David Lloyd Tennis Centre from Solihull.

"There are sure to be lots of quality teams at the national finals and I believe the team ranked as No 1 seeds are captained by Dan Evans, the British No 2 who reached the third round of the US Open last year, so we will be coming up against top professional players.

"There will be world ranked players at the event and we were actually offered a player from the United Arab Emirates who has just beaten Roger Federer in practice as a wild card, but we thought it was only right to keep with the players which earned qualification."

The Shrewsbury Club team includes Alex Parry and Alex Tsakiris, who has been coaching the high performance programme at the Sundorne Road venue for the last three years.

Tsakiris picked up a world ranking point playing in his native Greece in the late 1990s and, partnered by Parry, recently qualified for the first round of the doubles at the Aegon GB Pro-Series tournament successfully staged by The Shrewsbury Club.

All matches in the National Premier League finals are played as doubles.