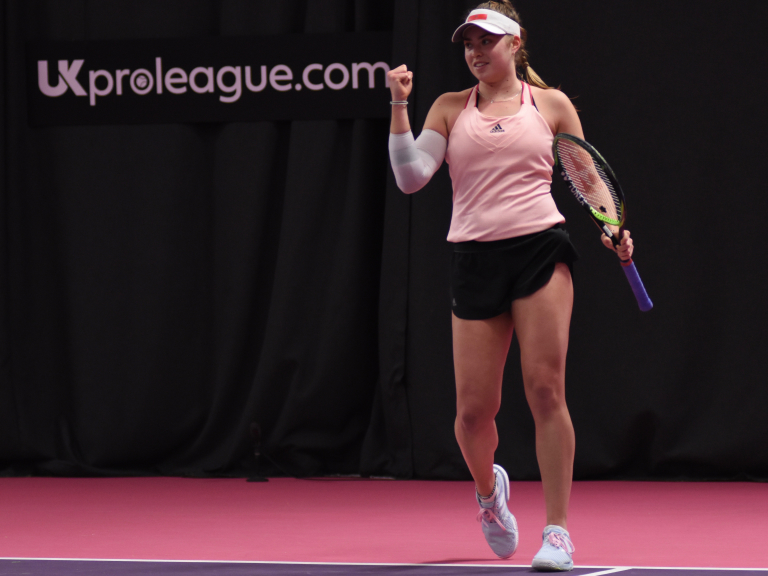 Final preparations are being made at The Shrewsbury Club ahead of the exciting return of professional tennis to Shropshire next week.

Rising stars of British tennis will be competing alongside more established players in the UK Pro League Finals Week.

The prestigious event, which will be broadcast on BT Sports, starts on Monday, with a busy schedule of matches to be played ahead of the men’s and women’s finals next Sunday, November 14.

Dave Courteen, The Shrewsbury Club’s managing director, said: “We are looking forward to hosting UK Pro League Finals Week and welcoming the players to the club.

“The marquee’s in place for a number of hospitality events, the camera crew are now setting up, and there’s a lot of excitement around the club.

“This is a fantastic opportunity for local tennis fans to watch some of the leading British professional tennis players in action from court-side stands.

“Matches start at 1pm on Monday and then earlier from Thursday onwards, with evening matches starting at 7pm during the week.

“Players who have appeared in Grand Slams will be taking part alongside a host of promising up and coming players with exciting futures ahead of them.

“The hospitality events we have arranged are close to selling out, which is tremendous.

“The local community always provide such excellent support when we host professional tennis tournaments and we hope that will be the case once again next week.

"There’s still a few tickets left for spectators for Sunday’s final day, with tickets also available to come along and enjoy watching top tennis throughout the week.”

Players have been competing at events around the country this year to qualify for a place at UK Pro League Finals Week.

The top 18 players - nine men and nine women - will be joined by six players given wild cards by River Media Partners, the tournament organisers.

The 24 players in action in Shrewsbury will be competing for £115,000 in prize money, initially battling it out in a round robin group format.

The winners of the men’s and women’s competitions will each receive £15,000.

Emily Appleton was the top ranked women’s player after the qualifying rounds, with Eliz Maloney second and Sonay Kartal third.

Dave added: “Emily Appleton has played at The Shrewsbury Club before and it's great that she is returning. She reached five UK Pro League finals, winning three of them, to finish top of the qualifying league.

“Eliz Maloney has performed consistently well while Sonay Kartal won three of the four UK Pro League events she entered. Sonay has a winning record against Emma Raducanu, the US Open champion, from playing against her a number of times in junior events.

“The men’s rankings over the nine UK Pro League tournaments proved to be very close with Julian Cash, Billy Harris and Josh Paris all producing consistent performances to be the top three qualifiers.”

Wild cards have been awarded in the women’s event to Katie Swan and Beth Grey - currently 10th and 12th respectively in the British rankings  - and Eden Silva, a Wimbledon mixed doubles quarter-finalist, partnering Evan Hoyt, in 2019. Samantha Murray Sharan has withdrawn owing to injury.

The men to receive wild cards are Jay Clarke, who is currently sixth in the British men’s rankings, Giles Hussey, who won his first professional tournament last month, an ITF World Tennis Tour event in Mexico, and James Ward, a member of Great Britain’s winning Davis Cup team in 2015 with a career high world ranking of 89.

Admission prices for the UK Pro League from Monday to Friday is £5 each day. It’s £7.50 for the semi-finals on Saturday and finals on Sunday, with all tickets including a 20-page tournament programme.

A weekly pass which provides entry to all matches throughout the week is also available for £25.

To buy tickets and for more information about the hospitality events, visit www.worldtennistourshrewsbury.com/tickets-and-events/