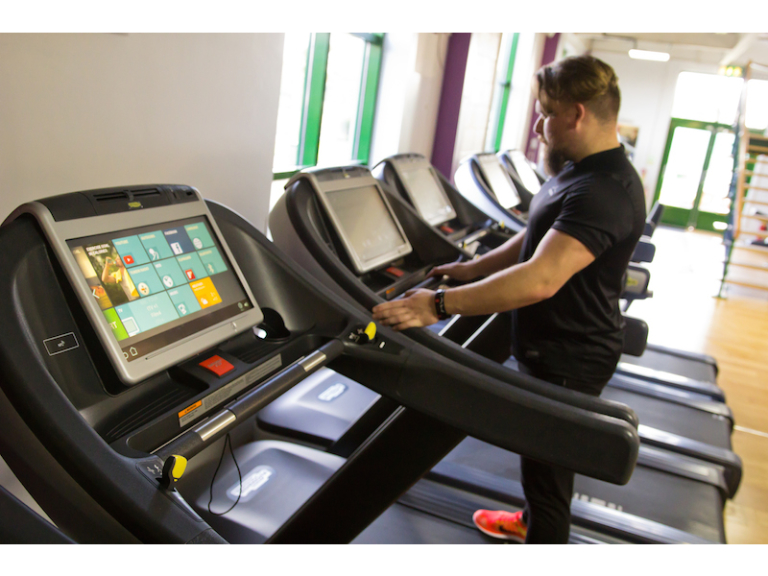 The quest has begun to find Shrewsbury's most active company as part of a campaign to boost the health of those living and working in Shropshire's county town.

The Get Shrewsbury Active initiative - the brainchild of The Shrewsbury Club - is returning for a third year, running throughout January and February.

The aim is to encourage local people to lead healthy lifestyles, and this year bosses at the award-winning health club have introduced a Corporate Challenge to discover the town's most active company.

Alvin Ward, manager at The Shrewsbury Club, said: "We're looking for teams of five to get involved. They will all get a MyZone belt - which is a heart rate monitor that gives you real time feedback direct to your own phone - which enables people to monitor their exercise and activity.

"Exercise does not have to be done at the club. It could perhaps be through playing football, running or cycling.

"But we're going to invite all the teams to visit the club this month to show them how the technology works - the Corporate Challenge starts in February - and invite them back again in February for a presentation to let them know which company has the most points and is the most active.

"We'll promote the companies taking part via social media and encourage a bit of fun competition between them."

Mr Ward added: "We see ourselves as a club as being partly responsible for making sure that people live active and healthy lifestyles in Shrewsbury and by running Get Shrewsbury Active it's one of the ways that we try and really promote that.

"The Corporate Challenge is being supported by Energize, the county sports partnership for Shropshire and Telford & Wrekin, and while we started the campaign ourselves in 2014 it's pleasing that we're now getting more and more people coming on board to join us.

"The beauty of the MyZone system is that it's not about discovering the fittest person. It's instead all about the effort that individual people put in, so this will tell us who's the most active company, not who's the fittest company.

"MyZone works by recording the effort levels so while you may be relatively unfit, if you put in a lot of effort then you will outscore someone who might be a professional sportsman and is at the peak of their fitness but actually is putting less effort into that particular activity. It's a great leveller."

The Get Shrewsbury Active campaign is always well received by members at The Shrewsbury Club - but the Sundorne Road complex wants to encourage as many local people as possible to get involved and try to lead healthier lifestyles.

Mr Ward said: "What we're doing is getting the local community and the town involved in exercise and activity throughout January and February.

"We'll be putting on lots of free events where people can come along and get support from The Shrewsbury Club, including family walks, runs, open days at the club, while there will also be tennis events.

"We will be holding a couple of challenges within the club, using the MyZone system, and we are looking for people to earn as many exercise points as they can during January and February.

"They will then get rewarded at the end of February for getting a certain amount of points and prizes will be awarded.

"Get Shrewsbury Active is always very popular and it's something we're very proud to be involved in."

To find out more about the campaign or to sign up for the Corporate Challenge, email manager@theshrewsburyclub.co.uk or call (01743) 467755.