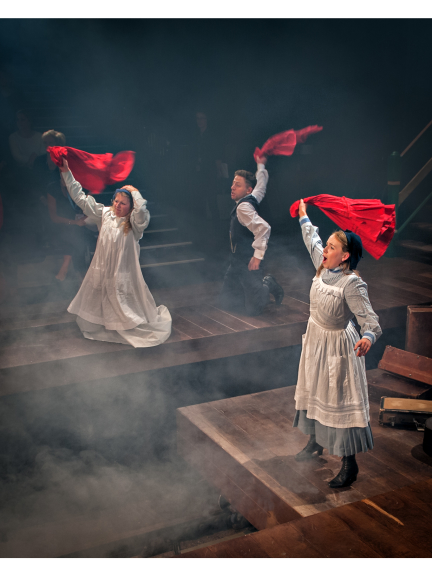 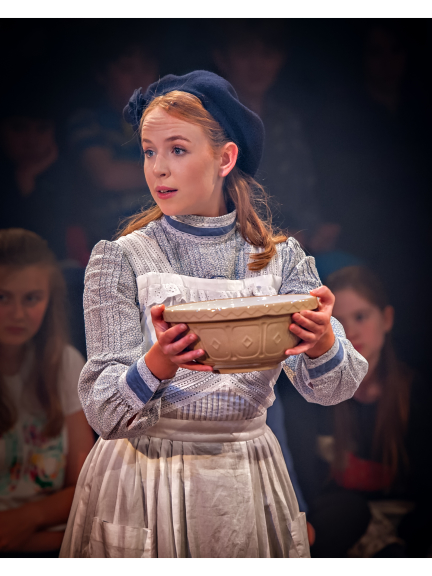 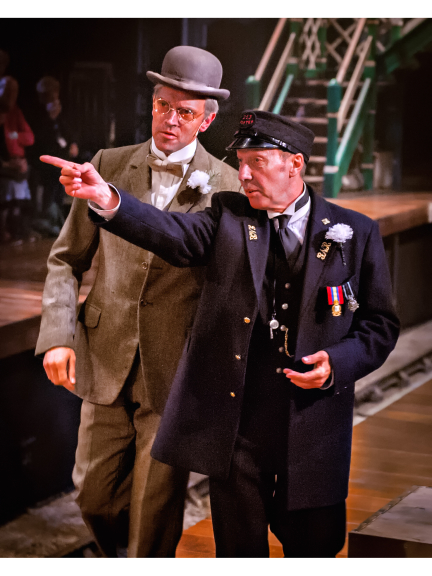 The world famous stage play The Railway Children (2016) comes to screens in 400 cinemas across the UK and Ireland including Shrewsbury from this Easter Monday 28th March. The film will be available to see in the Walker Theatre at Theatre Severn and also at Shrewsbury’s Cineworld.

The film brilliantly captures Mike Kenny and Damian Cruden’s imaginative adaptation of E. Nesbit’s much-loved 1906 novel. The production was widely celebrated for returning the story to its Yorkshire roots and featuring the original locomotive from the original 1970 film adaptation, which starred Jenny Agutter and Bernard Cribbins.

The Railway Children tells the story of Roberta (Bobbie), Peter and Phyllis, three sheltered siblings whose lives are turned upside down when their father, an employee of the Foreign Office, is taken from their London home and falsely imprisoned. Now penniless, the children and their mother are forced to move from London to rural Yorkshire near a railway line. Through the eyes of the children the story explores the themes of justice, the importance of family and the kindness of strangers.

“It’s phenomenally contemporary when you read it,” says writer Mike Kenny, who first adapted The Railway Children for York Theatre Royal in 2008. “It has the wrongful arrest, the selling of state secrets. There’s a mother taking the children a long way away, and not communicating with them about it. The children end up building relationships with people they’d normally never have met, so there’s an interesting class tension there.”

Filming the play involved seven separate cameras manned by an expert team who had to navigate the unique staging, which includes moving platforms, props and rail carts. Directed by International Emmy award-winning Ross MacGibbon, whose recent stage-to-screen adaptations have included Matthew Bourne’s Swan Lake, The Importance of Being Earnest with David Suchet and Shakespeare’s Measure for Measure from The Globe Theatre, the film of The Railway Children captures every moment of the fast-paced production.

MacGibbon says: “This captivating production, steeped in nostalgia, is filled with moments of despair, joy, kindness and hope. I think audiences of all ages will respond to its family drama, timeless characters and their individual stories.”

The stage production was directed by award-winning Artistic Director of York Theatre Royal Damian Cruden (The York Mystery Plays 2012, Brassed Off, The Wind in The Willows) and stars Martin Barrass (Emmerdale, The Bill, Heartbeat) in a standout performance as Albert Perks.

The film is produced by Anne Beresford and Debbie Gray (Genesius Pictures), who both produced Maxine Peake as HAMLET and Peter Grimes on Aldeburgh Beach, both shown in UK cinemas and on British television. Debbie Gray had huge success in 2014 with the BAFTA-nominated film Northern Soul, which reached number ten at the UK box office and number one in the DVD chart. Anne Beresford is known for her work in music and arts as well as on feature films including Mouth to Mouth starring Ellen Page. The Railway Children production received investment from Screen Yorkshire through the Yorkshire Content Fund. The film is distributed by Genesius Pictures working with Munro Films.

To get the latest news and information about the film find it on Facebook here and on Twitter here.