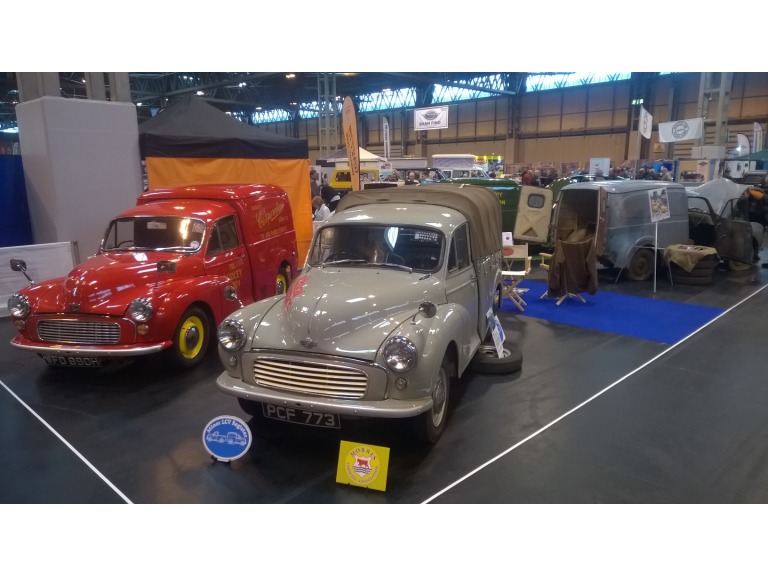 When Shropshire-based vehicle enthusiast Mike Sargeant decided to add to his Morris Minor collection last year, he has no idea he would be taking home the oldest right-hand-drive Morris Minor Van in the world.

Mr Sargeant, from Wem, has carefully preserved the vehicle he found in a barn in Suffolk which was full of straw with ivy growing out of it – as it had been since 1967.

The van was the 184th Morris Minor off the production line in June 1953 and when he got it back to Shropshire, Mr Sargeant invited a Morris Minor Van historian who confirmed that he had indeed bought the oldest right-hand drive in existence – second only to one left hand drive Morris Minor van.

The vehicle has not yet been driven and Mr Sargeant is bringing the classic vehicle to the Shropshire Vintage Show on June 6 and 7 at the Greenhous West Mid Showground when it will make its maiden voyage infront of visitors.

Mr Sargeant said: “We haven’t restored the van because of its rarity. We decided to keep it as it was – a barn find. It had no seats, no engine or gear box but we have sourced these from a Morris Minor vehicle of the same month of manufacture.

“We took the van to the NEC Classic Car Show last year with the sole intention of asking people what they thought we should do – restore or conserve it. We were there for three days and there were at least 40 people round it at any one time. Only four people thought we should restore it as once you have gone down that road you can’t go back.

“The only safety repairs we have made are using panels made from old oil drums – which is how they would have done it in the 50s and 60s. You can see all its old war wounds and character and the straw that’s still in it. I wanted to get it because it matches our collection of five early Morris Minors – though this was our first van, and I didn’t want it to fall into the wrong hands and be conserved properly.

“We are really excited to be bringing it to the Shropshire Vintage Show this June and introduce people to it.”

Richard Haynes, Vintage Show Chairman, said: “Although Mr Sargeant will be bringing the Morris Minor to the show on a trailer, we are hoping people will get to see it drive in action during the weekend.

“There are always stories behind the hundreds of vintage vehicles which are brought to the show, but we are especially pleased when we get to see one from the same county – and the oldest one in the world is quite a coup! We can’t wait for people to see it.”

For the first time you can now buy your Shropshire Vintage Show tickets in advance by visit www.westmidshowground.com

Tickets can also be purchased on the gate and are priced at £8 for adults and FREE for under 16s!