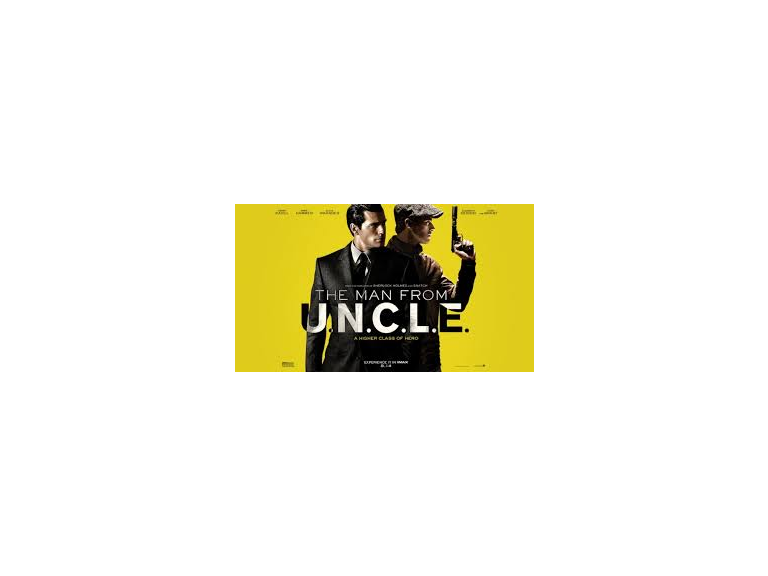 Inevitably, this is a 'Casino Royale,' setting the scene, putting the team together film, so that if this does well enough at the box office a whole franchise of UNCLE's can ensue.

But it never delivers anything like the punch of Tom Cruise’s M:I adventures, nor the wit and distinctiveness of 007.

The two male leads, Henry Cavill (Superman) and Armie Hammer (The Social Network), are fantastically good looking and always dressed impeccably (their choice of clothing gives them another thing to squabble over), but the film seems to give more attention to the outfits, soundtrack and scene scapes than the characters.

Their female co-star Alicia Vikander, who seems to be in everything at the moment, is also always impeccably dressed and I wanted all her clothing.

There is a blink and you'll miss it cameo from David Beckham (one of Ritchie's best friends) and a slightly longer appearance from Hugh Grant as the dry British intelligence chief Waverly.

Cavill plays Solo, a US agent in cold war Berlin, often wearing a stuffy and uncomfortable-looking three-piece suit, on the trail of a missing nuclear scientist whose daugter Gaby (Vikander) is improbably working there as a car mechanic.

Now, I might be a bit thick, but there is always a feeling in these capers from Ritchie that I have missed something, and I don't quite understand what is going on, and there was plenty of that here. So I have borrowed from another review in the Guradian to explain the plot 'clearly' to you:

"When this boffin-MacGuffin dad figure appears to have gone rogue, working for some sinister Italian plutocrat who wants global nuclear mastery, Solo is ordered by his irascible handler – a juicy minor role for Jared Harris – to co-operate with his killer Russkie counterpart (Hammer) to nab him, because the CIA and KGB have a mutual interest in ensuring bomb technology does not fall into the hands of a rogue player. So they all have to team up to save the world." Clear?!

Ritchie gives us an entertaining, rickety Trabant car chase at the very beginning, but from then on the film focusses more on stylishness, art direction and sometimes subtitled dialogue, with juxta-posed action scenes - all laid to a very groovy soundtrack - and all aspects which help you to recognise Ritchie as an auteur.

A potentially tense and exciting scene with a truck becoming submerged in water with its driver at the wheel becomes the moment where the two male leads, who have been totally at odds with eachother, really become kindred spirits when one has to save the other. We always like to see kindness in our leading men don't we?

The man from UNCLE, is an enjoyable way to spend a few hours, especially if you have already enjoyed Ritchie's movies in the past. It is still showing at Cineworld Shrewsbury.