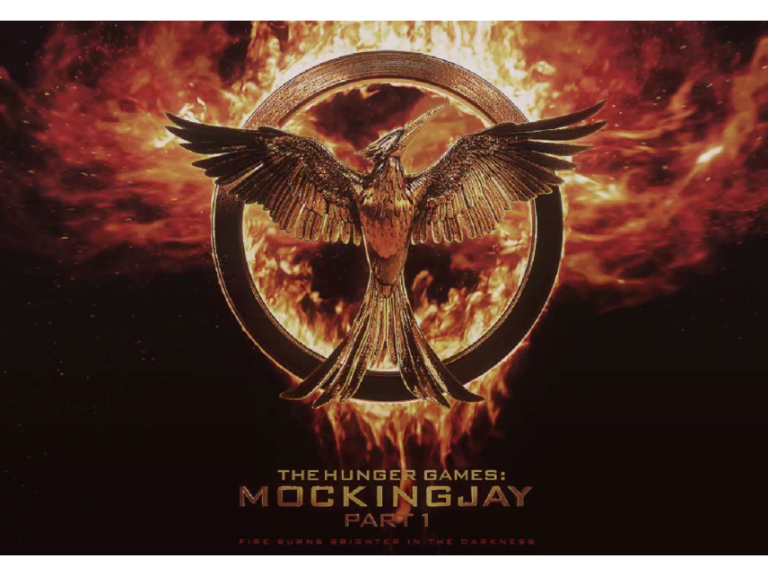 We loved the first two Hunger Games films so were very keen to see Mockingjay Part One… until we read the reviews. They all said the same thing - it suffers from “part one” syndrome, as in not much happens and it’s all about building up to Part Two.

But we went to Cineworld Shrewsbury anyway. AND IT WAS FLIPPIN’ BRILLIANT!!!

Yes, there isn’t much action but there’s lots of emotion, tension and some darn fine acting. Jennifer Lawrence can’t seem to do much wrong these days, apart from taking nude selfies, I guess…. Following on right from where Catching Fire left off, her character, Katniss Everdeen, is in the presumed-lost District 13, where the underground rebellion are planning their coup. Peeta has been captured by President Snow (Donald Sutherland), and Katniss wants him back.

Donald Sutherland doesn’t get much screen time, which is a shame, and neither does Woody Harrelson, who plays Katniss’s mentor, Haymitch Abernathy. It is Haymitch and Effie (Elizabeth Banks) who provide about the only comic relief. Part One is very much about Katniss, Peeta and the man of the moment, Gale, played by Liam Hemsworth. Who is Katnisss in love with? Will her story and passion be enough to stir up the rebels?

As Katniss becomes the face of the rebellion and runs around shooting propaganda videos, the suspense builds and people start fighting back against Snow and the Capitol. There is some action and it is very well done. An aerial attack on District 8, an undercover rescue mission… all good stuff and certainly enough to keep the momentum moving along.

We can’t wait till Part Two. You just know it’s all going to kick off. Whether the Mockingjay book needed to be split into two films is debatable. It’s all about the money, but we felt there was certainly enough of a script and story to make Part One sizzling in its own right.

And, of course, what adds another dimension to the film is seeing the late Philip Seymour Hoffman on the screen. And it’s him the film is dedicated to. A couple of scenes had to be rewritten for Part Two but apparently most of his work was done. And, as usual, he’s great.

My wife and I run thebestof Shrewsbury and our marketing company, Key 3 Media. We help small to medium sized businesses in Shropshire increase their profile and sales through effective online advertising,...