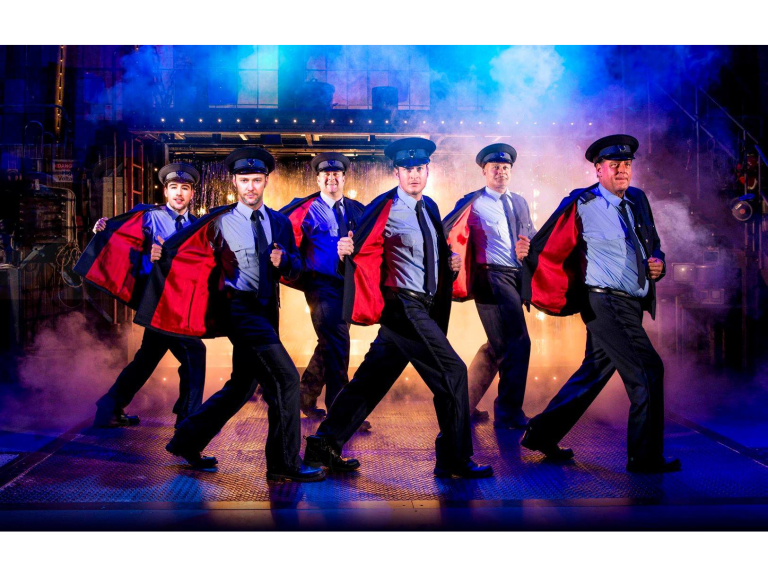 It was massive hit back in 1997 when the film about a group of unemployed Northerners worked their way out the dole queue by taking their kit off and now The Full Monty has now been adapted for the stage and is wowing Shrewsbury audiences.

In 2013, based on his original screenplay for the film, Simon Beaufoy adapted it for the stage. Since opening at the Lyceum Theatre in Sheffield, it’s been receiving standing ovations across the country night after night and won an award for best touring production.

The nationwide tour of this feel-good play stopped off in Shrewsbury for one week and it’s fair to say the production of this show is strong with a really epic set, a fantastic and emotive soundtrack and some bone fide stars. It’s a grower - not just a shower!

Setting the scene immediately, the show opens inside an abandoned Sheffield steelworks with crates, oil drums and dodgy electrics. Throughout the show, clever lighting, uplifting songs and subtle scenery changes transform the stage into a job centre, nightclub, Conservative club and police station. The show tells the story of six men dealing with some major issues - unemployment taking its toll, struggles with identity, children, partners, mental health and redundancy.

The adapted stage script is actually pretty faithful to the film, including comedy, poignant moments and, of course….bare bottoms! Iconic moments from the movie are included, including the cling film diet scene, sunbed tanning at home, and everybody’s favourite - dancing in the dole queue. The pace really picks up in the second half, as the group of misfits rehearse for their showdown.

The all-star cast is led by Gary Lucy (EastEnders, The Bill, Footballers’ Wives, winner of Dancing on Ice) who has made the role of Gaz his own as a swaggering Sheffield lad.

He is joined on stage by Andrew Dunn (best known as Tony in Dinnerladies) who plays a brilliantly middle-class Gerald.

Louis Emerick (Mike Thornberry in Coronation Street) receives lots of laughs as Horse. And he can really dance.

One of the main stars of this show is Kai Owen (Rhys in Torchwood & Pete in Hollyoaks) as Dave. His dead-pan delivery alongside emotionally-strained moments with his wife capture what the original story is all about.

Young actor Fraser Kelly is also very impressive as Gaz’s son Nathan, receiving one of the biggest cheers of the night.

The production’s female members, who are excellent, also shed light on the other side of the well-known story, portraying the challenging journeys they face to stand by their men.

Of course, what the audience are really waiting for, and the show is really gearing up to, is the bigperformance...you’ll have to book tickets to find out if they go the full monty!

The Full Monty is on at Theatre Severn in Shrewsbury until this Saturday (9th).