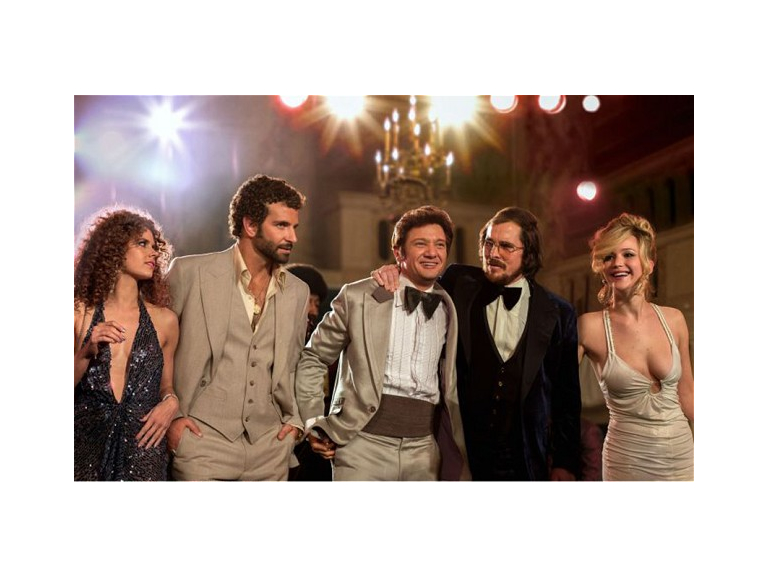 American Hustle is a fictional film which tells the story of brilliant con man and is showing now at Shrewsbury Cineworld Cinema.

The story revolves around Irving Rosenfeld (played by Christian Bale), who along with his equally cunning and seductive British (not really) partner Sydney Prosser (Amy Adams) is forced to work for FBI agent Richie DiMaso (Bradley Cooper).

DiMaso, who is on a power trip at work and seems at best sleazy and dillusional, pushes them into a world of Jersey powerbrokers and mafia that's as dangerous as it is enchanting.

Irving's unpredictable and dysfunctional wife Rosalyn (the wonderful Jennifer Lawrence) could be the one to pull the thread that brings the entire world crashing down. This is through her total lack of decorum in any way.

This film has already been hailed as a critical success and nominated for awards aplenty. Most notably, it is being praised for its acting. And I can confirm the acting is indeed superb, fro each and every one of the four main characters as well as all of the supporting cast, including a small appearance from Robert DeNiro.

The film is slick, fast-paced and like David O. Russell's previous films, American Hustle defies genre, hinging on raw emotion, and life and death stakes. It's one to see and opened today.