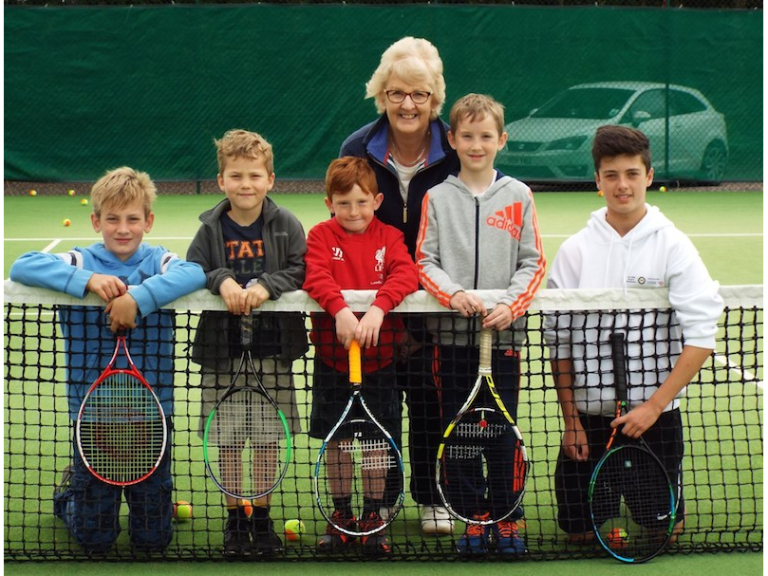 After an exciting Wimbledon and Great Britain's Davis Cup heroics, Tennis Shropshire officials insist there's not been a better time to pick up a racket.

Bob Kerr, vice-chairman of Tennis Shropshire, stressed the popularity of the sport is growing all the time and he hopes local people will make the most of the opportunity to play for free at the third and final Great British Tennis Weekend of 2015.

A Lawn Tennis Association initiative, clubs around the country are invited to throw open their doors to encourage more people of all ages to give tennis a go. Rackets and balls are provided.

There's free tennis on offer this coming Saturday, August 1 at The Shrewsbury Club (1 to 3pm) and Lilleshall Tennis Club (2 to 4.30pm), with Oswestry Tennis Club also involved on Sunday (noon to 2pm).

"After what was a fantastic Wimbledon and then a brilliant performance from Great Britain in the Davis Cup to reach the semi-finals for the first time in 34 years, there's probably as much interest as there's ever been in tennis," said Bob.

"It's a great time for people to pick up a racket and have a go at playing themselves and it's a great chance to keep the ball rolling.

"My own club, Telford Community Club, were recently involved in the T-Party event at Telford Town Park and we saw about 150 people throughout the afternoon who were keen on giving tennis a try, so we've booked them in to come along to our club at Bowring Park in Wellington on Sunday."

He added Wimbledon always acts as a tremendous showcase for tennis, even more so this year given the impressive performances by British players Andy Murray, a men's singles semi-finalist, James Ward, Heather Watson and Jamie Murray, who reached the men's doubles final.

There was also a county link to both the men's and ladies singles final with Shropshire's Cathie Sabin, the president of the Lawn Tennis Association, part of the presentation party on Centre Court for champions Novak Djokovic and Serena Williams.

"Cathie's an outstanding supporter of tennis in Shropshire," said Bob.