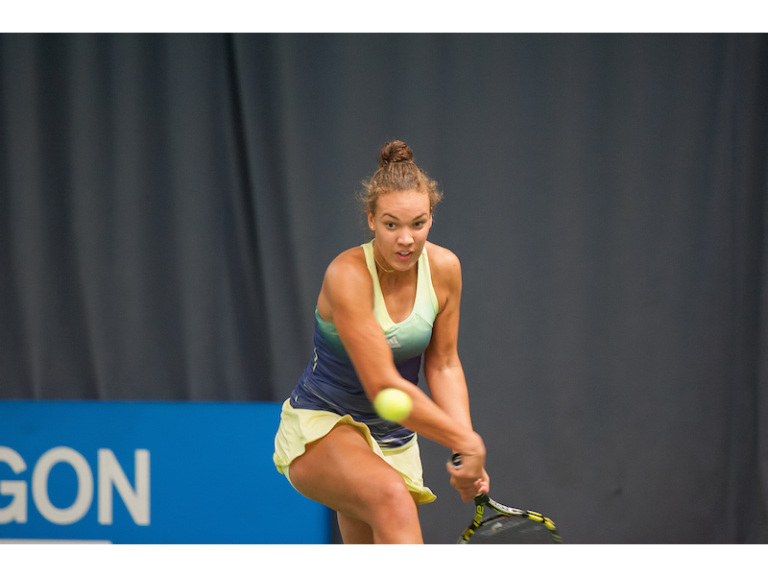 Christie, who turned 18 earlier this month, progressed to the last eight after No 2 seed Tereza Martincova retired early in the second set of their second round clash at the Sundorne venue yesterday.

Christie won the opening set 6-4 and was 2-1 up in the second when Czech Republic ace Martincova, ranked 178 in the world, was unable to continue as she was unwell.

It means Christie, from Nottingham, is now through to the quarter finals of her second successive $25,000 tournament having also reached the last eight of an Aegon event in Bath last week.

"I feel like I'm playing well and it's another good opportunity," said Christie, who is currently ranked a career best 531 in the world. "I was in the last eight at Bath, where I lost, so hopefully I can do one better here."

Christie, who came through two qualifing rounds to take her place in the main draw at Shrewsbury, knows she can expect plenty of local support again today as the last remaining British player in the singles competiton.

She said: "There were a lot of supporters watching and it's great when you get a little bit of a crowd behind you.

"This is the first time I've played here at Shrewsbury, but it's a really nice club and I love the atmosphere here."

Knoll, her last eight opponent, is ranked 360 in the world and beat Italian Cristiana Ferrando in straight sets yesterday.

Rising French star Oceane Dodin, the No 1 seed, remains on course to be Shrewsbury champion for a second successive year.

Dodin set up a quarter-final clash against Mariam Bolkvadze, from Georgia, by beating Turkish player Pemra Ozgen 6-3, 7-6, hitting back from 4-2 down in the second set to win a tie break.

The impressive run of British qualifier Manisha Foster came to an end with a 6-2, 6-3 exit at the hands of Dutch No 4 seed Lesley Kerkhove, whose reward is a quarter final meting with Uzbekistan's Akgul Amanmuradova.

The other last eight clash will be between Croatian Ana Vrljic, the No 3 seed, and Belgian qualifier Greet Minnen.

Today's play at The Shrewsbury Club starts at 11am with admission free for spectators.