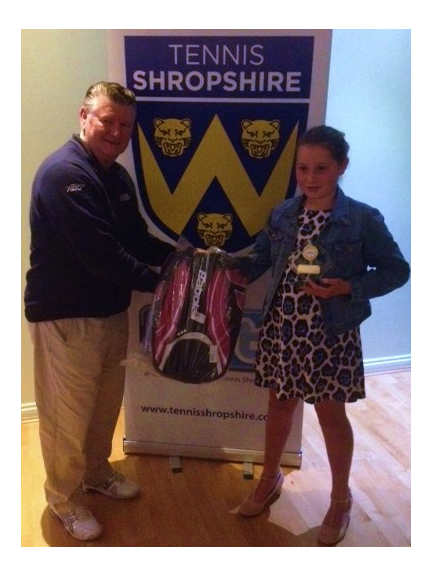 The future of Shropshire tennis looks to be exceptionally bright after a wealth of young talent competed in the prestigious Junior County Closed Championships.

Tennis aces from around the county took part from under-eights up to under-18s in a successful tournament held at The Shrewsbury Club which began with a popular Junior Tennis Festival arranged to encourage youngsters to gain experience.

Chris Hinks, chairman of organisers Tennis Shropshire, said the week proved a big hit both with competitors and spectators, adding the junior festival, introduced for the first time this year, will definitely be repeated.

He said: "It was an excellent tournament with lots of very good tennis played and plenty of worthy winners.

"We were particularly pleased with the junior festival which opened the week as 37 children, many of whom had never played in competitions before, took part and 10 of them progressed into the County Closed Championships which was really pleasing."

Nigel Hunter, director of tennis at The Shrewsbury Club, added: "Tennis Shropshire has put a lot of effort into increasing participation over the last year and we wanted to see as many children as possible come and have a go, even if it was their first taste of competition.

"That's what the festival was designed for, to try and encourage more youngsters to give it a go, to show that tennis is a sport for all players from starters through to the elite players who went on to win the County Championships."

Imogen Cowper's potential was recognised as she was presented with the Keith Smith award for best achievement during the tournament to mark her success in winning the 18U girls singles title.

Special spirit of tennis awards went to Matthew Campbell and Chloe Hunt while Matthew Hunt and Myfanwy Jones were selected as most improved players.

Shropshire star during tournament on and off court: Lewis Brown.