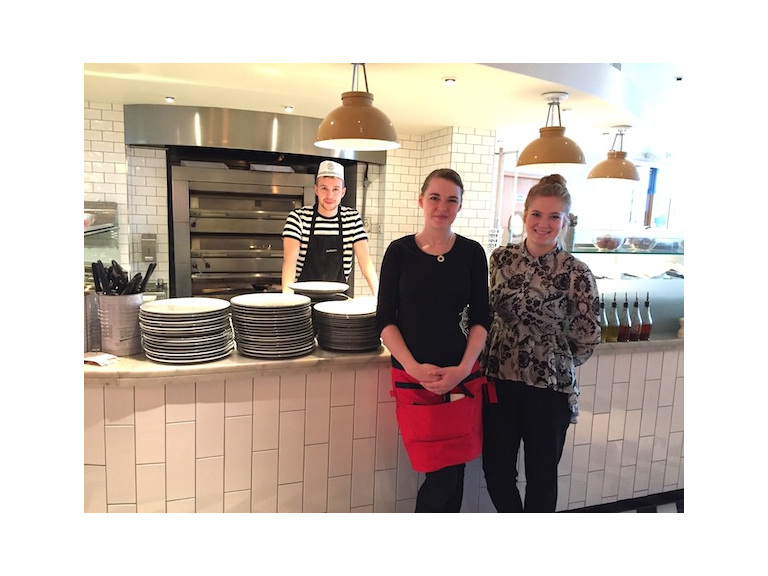 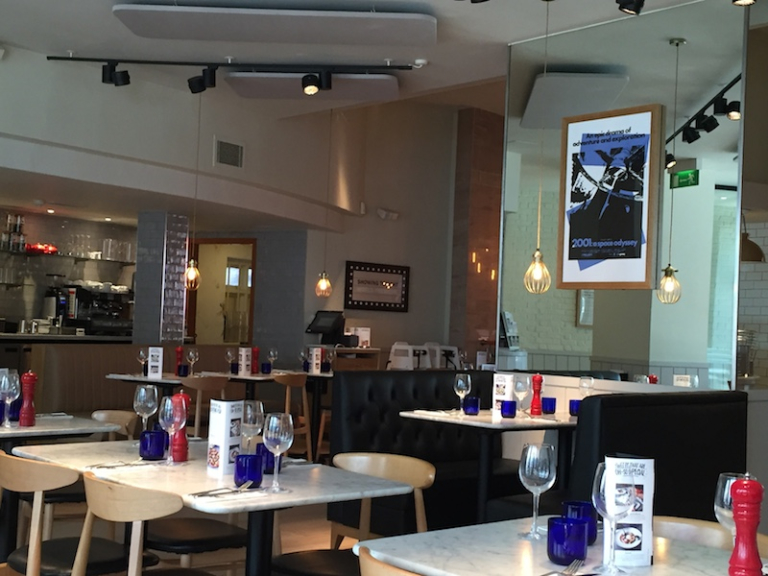 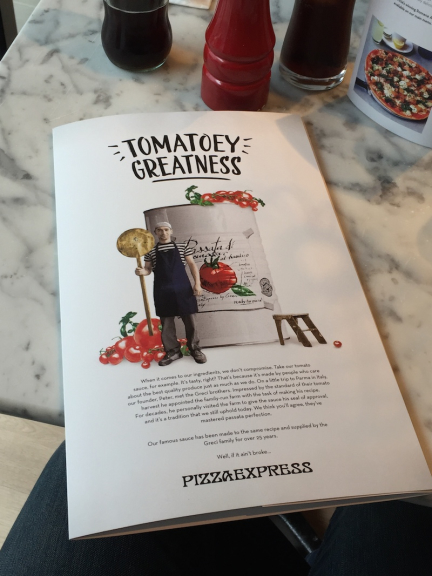 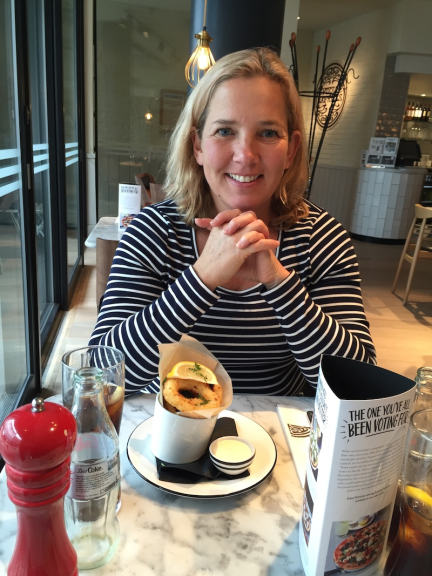 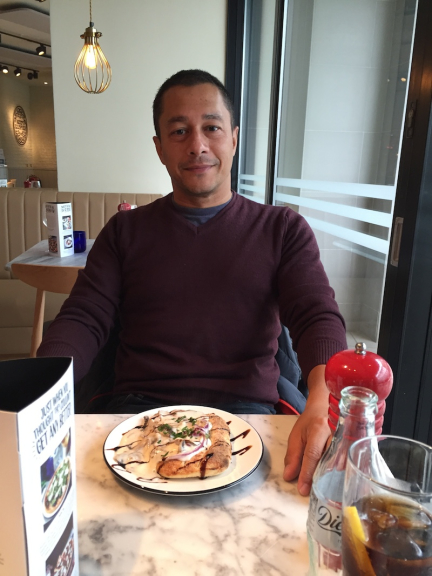 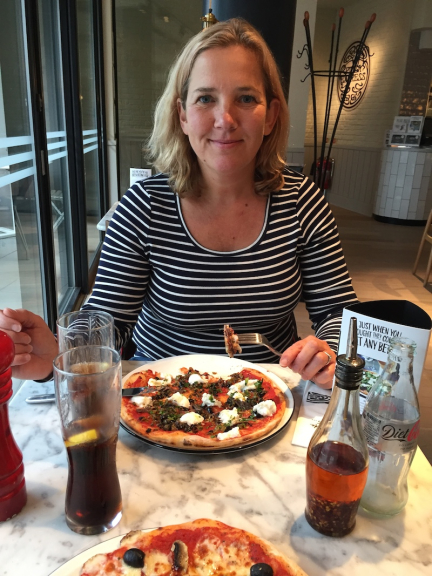 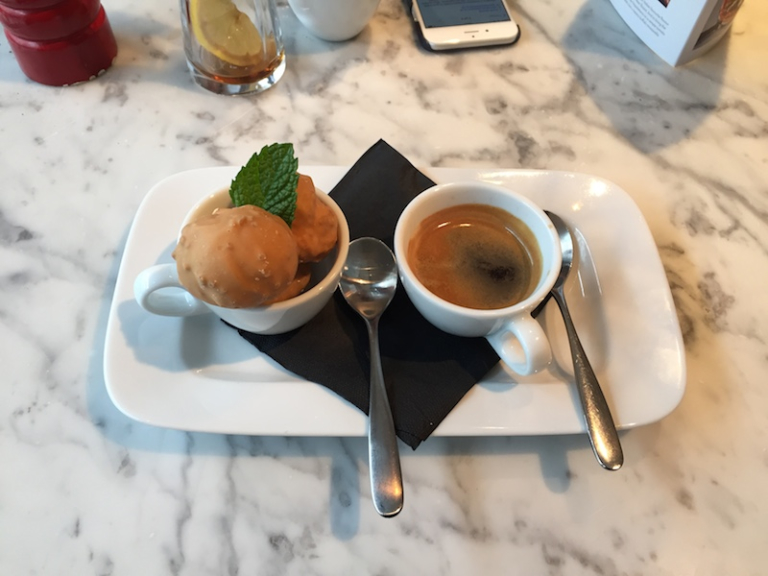 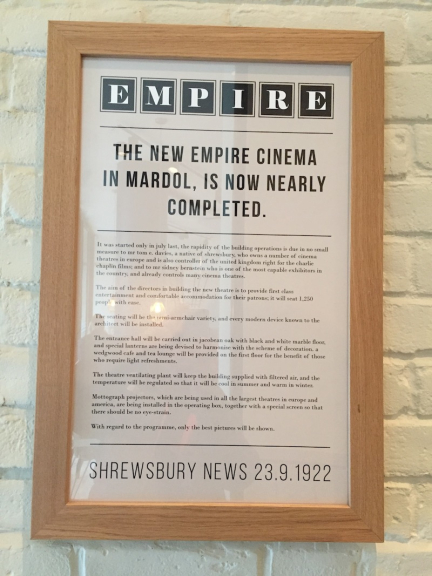 We visited Pizza Express on Mardol, Shrewsbury, which has been totally refurbished to reflect the building’s cinema heritage. Do you remember when the building was the Empire Cinema? It opened way back in 1922 and was one of the town centre’s most popular institutions until it showed its last film in 1998.

Pizza Express now has over 400 restaurants in the UK, the first of which opened in 1965. So here we are now, 50 years later, looking forward to tasting their new menu in their newly refreshed Shrewsbury restaurant.

We were warmly greeted by Jordanne and team and were seated at a window table near a cool 2001: A Space Odyssey print. There were booths as well as tables, and the place was busy even though it has just turned midday. The menu had its new dishes clearly labeled and Emma went straight for the Calamari starter. I opted for the Bruschetta con Funghi. Both dishes were delicious.

Whilst waiting for our mains, I had a wander round the building. The domed ceiling was always a giveaway of the building’s exciting past, and now there are movie posters and famous movie quotes framed along the walls. “Frankly, my dear, I don’t give a damn,” was my favourite…!

Main courses were both classic pizzas, although usually we have the thinner-based Romanas. Emma opted for the Nepolitana and I La Reine. A bit of chili oil, two more Diet Cokes and we were good to go. Fluffy dough, crisp on the outside, wonderfully melted mozzarella… what’s not to love?

Jordanne was great, advising on desserts. (Yes, we had a little bit more room left.) The dolcetti selection meant we could have a smaller dessert rather than a full-blown bowl of goodness, and we both had the Salted Caramel Profiteroles. And, yes, it was as nice as it sounds!

Rounded off with an Espresso each, it was a superb lunch and we’ll certainly be back. We’ll take the children and give the Shrewsbury Pizza Express team a real challenge…!

If you have any questions about the new-look Pizza Express in Shrewsbury or would like to book a table, please call 01743 354647.

My wife and I run thebestof Shrewsbury and our marketing company, Key 3 Media. We help small to medium sized businesses in Shropshire increase their profile and sales through effective online advertising,...