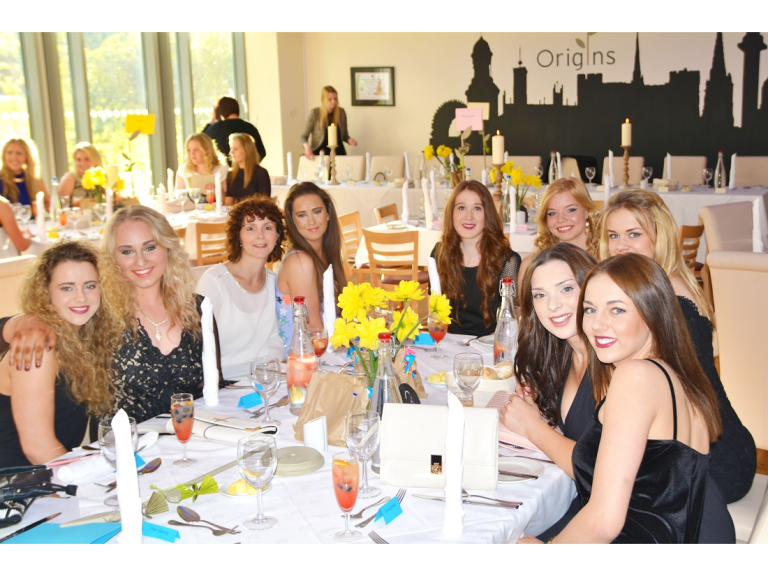 Sports students and staff at Shrewsbury College were recognised for their achievements in a glamorous black tie awards ceremony, the first event of its kind at the College.

The evening celebration was held at the College’s Origins Restaurant on London Road, and students and staff from across the sports department and enrichment groups were invited to attend. A three-course meal was followed by the ceremony - where 17 awards were presented, ranging from ‘player of the season’, to ‘outstanding contribution to sport’. Light-hearted personalised awards were also presented.

Following an extremely successful year of sport, the sports tutors organised the event to celebrate and praise the hard work of the students.

Andy jones, Sport Lecturer, said: “It has been an outstanding year in regards to sport at the College and in particular the football. The men’s first and second teams went the whole season unbeaten! The first team won their respective British Colleges League and the second team won the Shropshire League. This is a fantastic achievement and a testament to the student’s hard work and determination.

“Five of our players also represent Shropshire in the under 18’s at county level with student, George Taylor, captaining the side. Our girl’s netball team has also finished their first season within the British College’s League, finishing third in their respective league.”

Micha Jackson, 18, from Shrewsbury, currently studying Level 3 Advanced Sport and a member of the College’s netball team, said: “The evening was great! It was really nice for everyone to get together and receive the recognition.  I’d never been to anything like it before, so it was lovely to get dressed up and let our hair down.

“I’ve really enjoyed doing the sport course and being a member of the netball team and I’ll be progressing on to the HND course here next year. It’s a real bonus that you can stay at the College to do the higher education course. The college has great tutors and facilities, it really is a great place to study.”

Over the last year the College has invested time and money into enhancing its sport provision and facilities.

“We’ve seen a lot of new developments this year in the department, including the new 3G pitch, which has enabled us to create a professional environment in which the students have thrived,” explained Andy. “Our new partnership with Shrewsbury Town Football Club, including the Futsal programme and Scholarship scheme has also strengthened local sporting offer.

“In short, the sport department is thriving and as we also hire out all of our facilities, members of the public can also benefit from them, in addition to our students.”