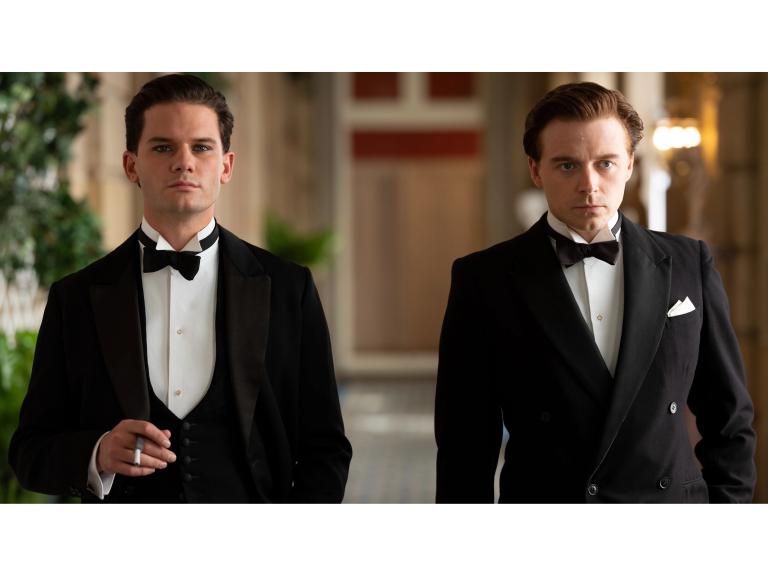 A stately home on the Shropshire border will feature in a dramatic new movie about the life of acclaimed World War One poet Siegfried Sassoon.

Parts of the film Benediction — which stars former Doctor Who Peter Capaldi and rising star Jack Lowden as the old and young Sassoon respectively — were filmed at Weston Park near Shifnal.

The film, directed by Terence Davies and which also stars Simon Russell Beale of Spooks and Ben Daniels from House of Cards and The Crown, tells the story of how Sassoon survived the horrors of fighting in World War One and was decorated for his bravery but became a vocal critic of the government’s continuation of the war when he returned from service.

Andrea Webster, Weston Park marketing manager, said several scenes in the movie – which is due to hit UK screens on May 20 - had been filmed at the home.

“Our curator Gareth Williams knew somebody working on the film and our involvement really took off from there.

“They were looking for somewhere where they could recreate the Reform Club in London and our library was perfect. It’s absolutely stunning and they were able to really capture the Phileas Fogg-style atmosphere of the Reform Club.

“Once they saw the house, they realised that some of our other rooms would also be ideal for the shoot, including making one of our salons the set for Sassoon’s mother’s home and using the Orangery for a party scene.

“What was supposed to be a one to two-day shoot then became somewhat extended and they were also forced to halt work in March 2020 due to lockdown. The shoot resumed in October 2020 and I was lucky enough to be here when they were filming, and it was thrilling to see them at work.

“If you see the trailer, you can spot quite a few Weston locations that were used and it will be fascinating to see the finished movie when we get the chance to see it on the big screen next week.”

You can watch the official trailer for Benediction here: https://benedictionfilm.co.uk/trailer

Feast of family fun coming to Shrewsbury this weekend
Sign up for offers
Sign up for what's on guide
Become an author
Popular Categories
By clicking 'ACCEPT', you agree to the storing of cookies on your device to enhance site navigation, analyse site usage, and assist in our marketing efforts.
For more information on how we use cookies, please see our Cookie Policy.