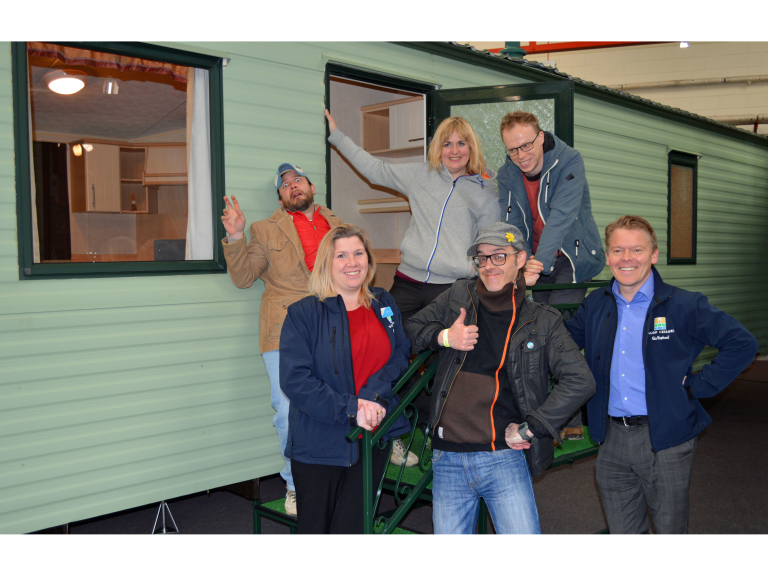 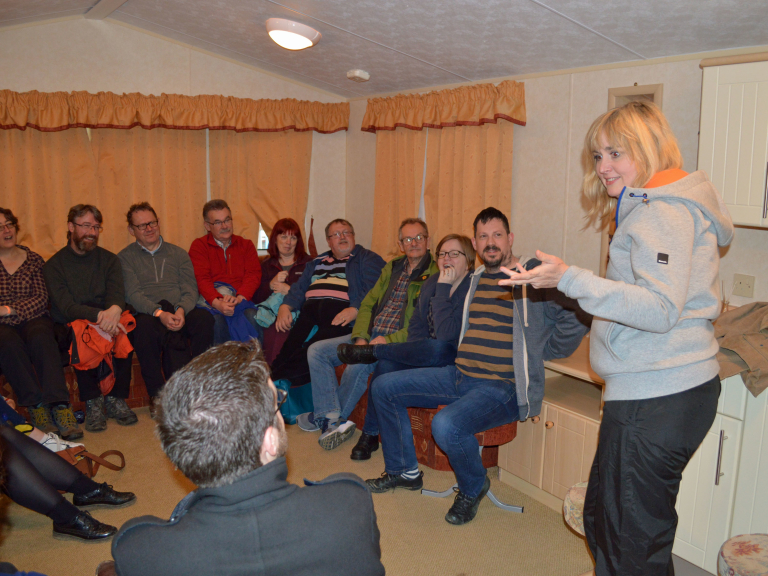 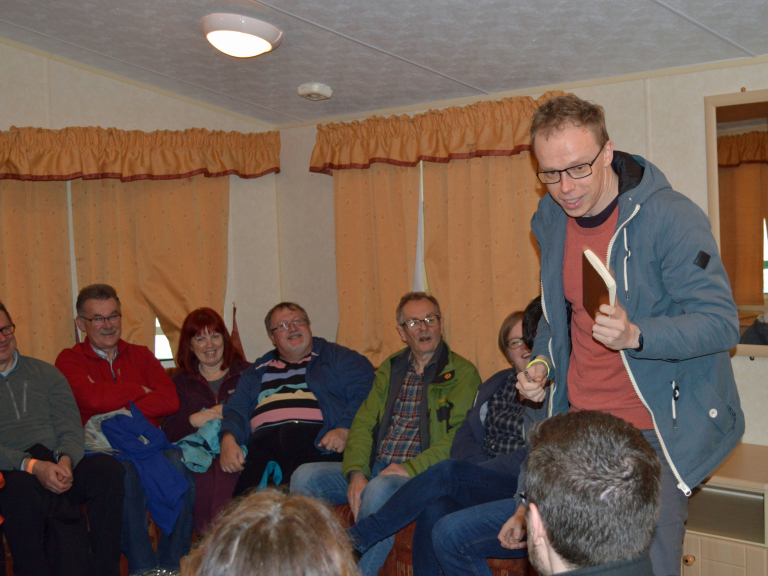 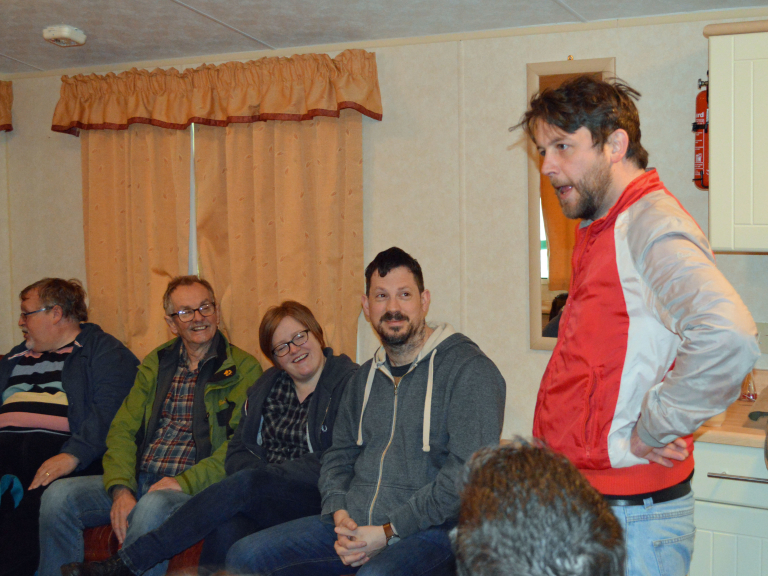 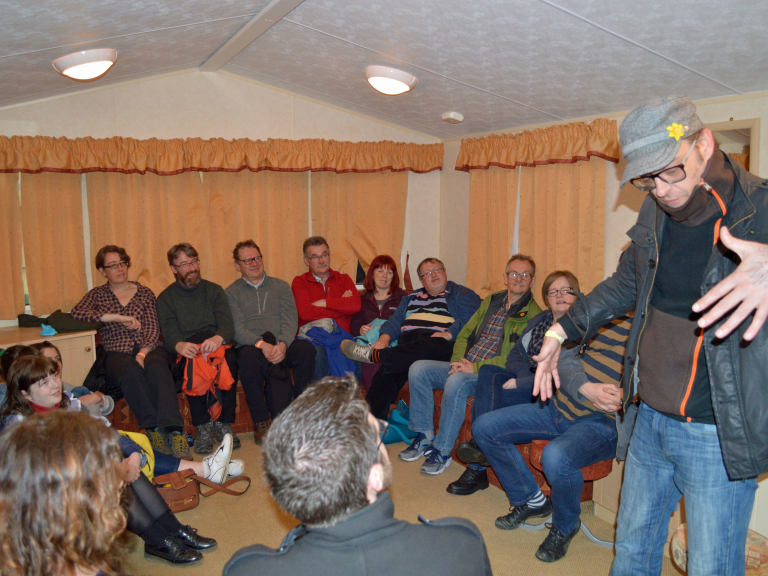 Salop Leisure’s showroom echoed to the sound of laughter on Sunday as four comedians staged a show in a caravan holiday home at Machynlleth Comedy Festival.

An audience of 18 people escaped the cold and wet weather conditions outside to have their spirits lifted by comedians Thom Tuck, Jordan Brookes, Caroline Mabey and Seymour Mace who revelled in the intimate setting of the Willerby Richmond holiday home inside Salop Leisure’s show room.

Off the wall and imaginative

Caroline, making her third appearance at Machynlleth Comedy Festival, said afterwards: “Somebody had to enjoy the show and it was going to be me! It’s nice to do a show in a friendly place and unexpected things come from it.

“Doing a show in a caravan holiday home makes it intimate, interesting and it gives you licence to be silly. People come to Machynlleth to watch new comedy and you can go to the next level and be more off the wall and imaginative.”

Geordie Seymour, who closed the show, shared her enthusiasm: “That was good fun,” he said. “It’s always worth trying out things in a different place. There’s nothing better than performing to people who like to watch comedy and Machynlleth is such a beautiful place.”

Thom, who has appeared in five of the seven Machynlleth Comedy Festivals, said he had enjoyed performing in the intimate setting of the caravan and described this year’s festival as “great”.

Jordan, who broke new comedy ground by performing in the first caravan show at Salop Leisure last year, said: “It was so much fun. We played to a nice crowd who were so appreciative and warm. You can’t really fail in a gig like this unless you actively set out to sabotage it.

“This is my fourth time at the festival and it grows every year. I think it’s the best comedy event because everybody sticks around for the weekend and it’s a warm, friendly environment. The organisers don’t encourage critics or reviews which makes the festival creative, open and non-judgemental.”

Paul Argyle, manager of Salop Leisure’s Machynlleth sales centre, said the company enjoyed sponsoring the festival and hosting the comedy show as it attracted potential customers to the dealership and to experience the comfort of a caravan holiday home.

“It was a bit a coup for the company last year because it was the first time a comedy show had been staged in a caravan holiday home and it created a real buzz amongst the comedians and caravan manufacturers,” he added.

“Last year, the comedians who performed here were talking about the show in their acts, which all helps to promote caravan holiday home ownership. Many of the people who attended this year’s show spent time viewing the caravans on display and hopefully they will return in future to make a purchase”

In addition to the show, Salop Leisure also sponsors the neighbouring festival campsite for people attending the festival.

More than 6,000 people attended the festival, which included more than 160 performances ad showcased the best and most interesting live comedy in the UK.

Caroline Mabey in action during her show.

Seymour Mace entertains the audience inside the caravan holiday home.