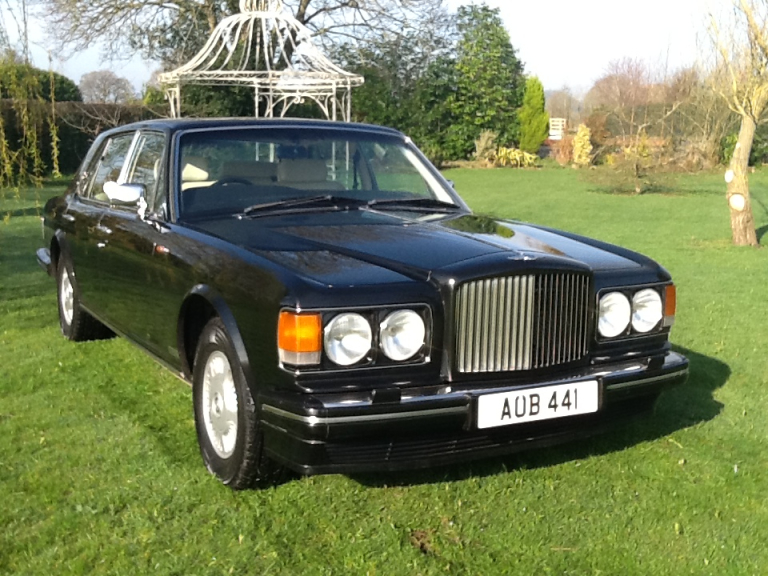 A local funeral company is marking ongoing commitment to client care with its most recent addition to its diverse fleet.

Shropshire-based Aubrey Kirkham Funeral Directors has introduced a luxurious Bentley Mulsanne S dating back to the 1990s to its range of vehicles, which can not only be used for funeral transportation, but also hired for special events such as weddings, anniversaries and birthdays.

After being left uncared for and unattended to for over three years, the car has been re-commissioned by Aubrey Kirkham and Nigel Houlston – a member of the Aubrey Kirkham Funeral Directors team and a very keen motor restorer – and brought back to its former glory with a desirable cream, leather interior. The car came from a family in Worcestershire where the elderly owner had health issues and advised not to drive any longer - with the Aubrey Kirkham Funeral Directors' team hoping the recommissioning would be the right thing to do.

Aubrey explained: “We’re constantly striving to enhance the service we provide to our clients and improving the selection of vehicles they can chose from for a funeral service. With the addition of such as special vehicle as the Bentley Mulsanne S, we can offer people a personal and luxurious form of travel – whether that’s to grant a loved one’s wishes for their final journey after their passing, or delivering a blushing bride on her big day – we’re extremely pleased to be introducing this service.”

The vehicle, which can be chauffeur-driven, may be viewed or booked by calling Julie at Aubrey Kirkham Funeral Directors on Welshpool 01938 555099, Shrewsbury 01743 368999, or the Funeral Home in Four Crosses on 01691 839292. Alternatively, please visit www.aubreykirkhamfuneraldirector.co.uk.